A tale of two operas

A tale of two operas 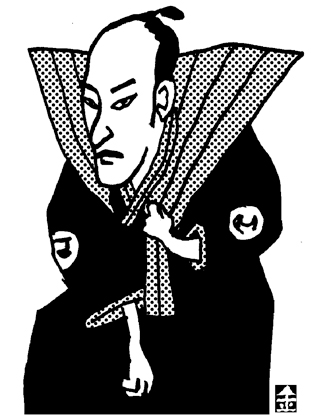 In 1832, a Japanese actor, Danjuro Ichikawa VII, selected a repertoire of 18 kabuki operas he felt most confident in. Around the same time, Shin Chae-ho had arranged pansori, traditional Korean opera, into six “madang,” or stories. While the six pansori stories are all that continue to be performed today, there are hundreds of kabuki repertories.
The kabuki tradition went through a serious crisis as well. At the end of World War II in August 1945, General Douglas MacArthur enforced occupation policies in Japan.
Because kabuki often extolled the values of the feudal system, such as infinite loyalty to the lord, retaliation and death by disembowelment, it was deemed not appropriate for the task of reinventing Japan into a democratic nation, and most kabuki repertoire were banned from the stage.
Faubian Bowers, who was General MacArthur’s secretary during the American occupation of Japan, was an ardent kabuki aficionado. Not only did he do his best to change the general’s policy, but quit his job as secretary to become a performance censor. After two years of endeavor, he succeeded in lifting all the bans.
History proves that the work of Mr. Bowers was not in vain. Having established a solid position as the most notable traditional Japanese art form, kabuki has made its way this year to the Opera de Paris in France from March 23. The audience raved about the first kabuki performance in 130 years of the Opera Garnier, giving it a standing ovation and curtain calls. On a trip to Japan in 1936, the French poet Jean Cocteau declared, “Watching a kabuki performance alone makes my trip worthwhile,” and media notices affirm his compliment.
More than anyone else, it is Japanese audiences who recognize the value of kabuki. Kabukiza, the theater dedicated to kabuki performances, is located in Ginza, at the heart of Tokyo, and shows are sold out throughout the year. The kabuki actors, who are from traditional families and pass on the profession from generation to generation, often star in television dramas and are hugely popular. Tokyo, Osaka, Kyoto and other major cities around the country have theaters exclusively for kabuki. It is very unlikely for a traditional art form that is not highly regarded in its native country to be highly received internationally.
Ms. An Suk-seon, who has been singing pansori for five decades, lamented in an interview a few days ago that we do not even have a single theater dedicated to pansori performances.

The writer is a Tokyo correspondent of the JoongAng Ilbo.