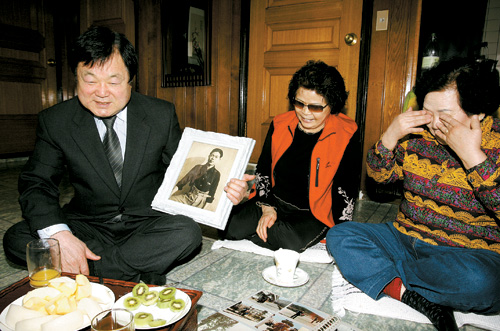 From left, Kim Hong-shik, Kim Cheol-ja and Han Gil-Jou met last week to prepare for their reunion with relatives in the North whom they have not seen for almost 60 years. By Ahn Yoon-soo