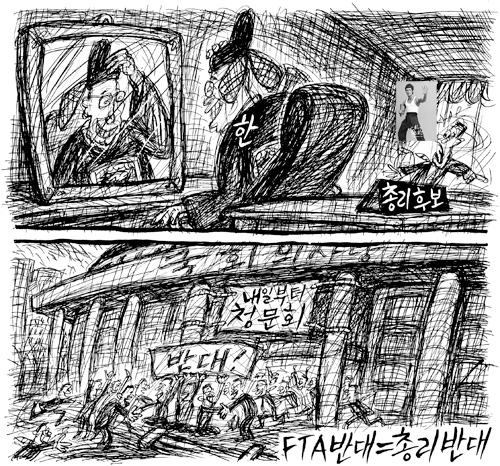 In front of a mirror, Han Duck-soo rejoices over being named prime minister. But his aide worries about the many lawmakers protesting a free trade agreement with the United States at the National Assembly. Because Mr. Han has been an FTA advocate, he may have difficulty in the confirmation hearing in the Assembly. By Kim Sang-taek