The Internet poses profound challenges for the presidential campaign

The Internet poses profound challenges for the presidential campaign 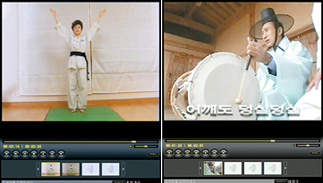 Five years ago, Internet sites and text messages worked effectively in drawing millions of young Korean voters (many of them apathetic ) into the presidential election. This year, experts say that videosharing Web sites will have the capacity to work magic for those candidates who use them properly.
Studying the American site YouTube and its use by U.S. politicians has become a top priority for experts here. The site was mentioned frequently at a recent discussion involving academics, who praised online video clips as a new way to connect people and political operatives, including candidates and election committee members, who were more concerned about the Internet being used for illegal campaign activities.
An event called “Communication in Cyber Space and Issues in the 17th Presidential Election” was held at the Korea Press Center, sponsored by the Institute of Korean Studies and the Cybercommunication Academic Society.
Lee Won-tae, a professor from Sogang University’s Social Science Institute, said the situation in Korea has made politicians worry about how they will look like in online video clips, since they don’t know who might be shooting them with a cellular phone camera.
“The number of videosharing Web sites dealing with possible candidates has jumped threefold since they started to appear last year,” Mr. Lee said. “The cyber campaign is going to be like a war between videosharing Web sites. Candidates will have to get used to it, if they want to win.”
But Mr. Lee said that videosharing was not a reliable tactic. In the United States, he said, Web sites often carry negative advertisements about each candidate that show them making foolish mistakes.
“In Korea, we found that the videos of politicians have the tendency to focus on the candidates’ ideologies,” he said.
The election regulators think the current cyber state is as “disastrous” as the “war between the ancient Chinese states.”
Ahn Myeong-gyu, head of the Internet press regulations team at the National Election Commission, said many new Internet news media were appearing every day and each one was scrambling for a “scoop” with short video clips they created to support or criticize a particular candidate. He pointed out there were also Internet news outlets that are operated by government-run and public organizations.
“We watching for Internet news outlets that fail to be objective and act as a mouthpiece for a specific candidate,” Mr. Ahn said.
Some experts on the panel opposed the idea of blocking anonymous writers who want to write their opinions on election debate boards, one technique that was suggested to monitor the election campaign.
“Regulating people’s desire to write on Internet boards [by making them reveal their real names] can hurt freedom and it is also against the rights embodied in the Constitution,” said Hwang Yong-seok, a journalism professor from Konkuk University. “Cyber space has become an important forum for political communication and nowhere in the world has ever made Internet users reveal their real names when they write about their political views.”
“If we start making Internet writers use their real names,” he added, “we could create an entire new election campaign culture we have never experienced before.”