Spring is not the same

Spring is not the same 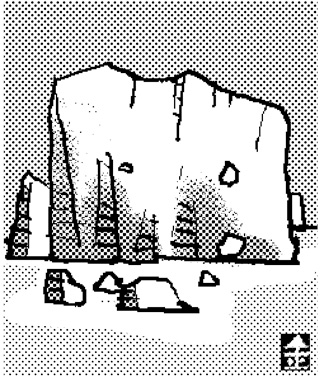 Poets often compare spring with romance.
Han Yong-un, a Korean poet of the last century, wrote, “Love is deeper than a river in spring and loftier than a mountain in autumn. Anyone asked what love is would say the same thing.”
Literally speaking, a river in the spring runs with cold water thawed from ice under the warmth of the spring sun.
But the emotional resonance of a spring river enjoys a wider spectrum than the literal meaning, as the land thaws and moistens with the rivers of spring, reverberating with creatures awakening to life after winter.
The spring river also was frequently praised by Chinese poets.
The last lord of Southern Tang, Li Wuk, was among these great Chinese poets.
He wrote one poem, titled “The Beautiful Wu,” that was named for his love, Wu, when he lost control of his state in 975 and became a captive to Sung dynasty.
The poem, which contains a longing for the Nanjing area where his state was located, is regarded as among the best of his works.
One moonlit night, the poet asked a question and answered it himself ― after your tears dry in the spring wind, how many worries will you have?
Sometimes, sorrow can flow like a river in the spring as well.
The spring rivers that expand to all creatures provide inspiration for the sensitive descriptions of the poet.
Deng Li Jun, a famous pop singer in Taiwan, sang this poem in a song and her extraordinary vocal talent made the song so popular that everyone who speaks Chinese knows it.
It is easy to identify one’s emotions in a spring river. The rivers of spring produce the joy of life, a deep longing for love, and a friend to whom one can entrust one’s worries.
But these days, the rivers of spring are a cause for concern.
Icebergs have been melting in the Arctic due to global warming.
The icebergs, which reduce at the rate of three to four percent per decade, are now melting at eight percent in the 21st century.
As spring approaches the northern hemisphere this year, the ice in the North Pole is expected to melt more rapidly.
The same trend is found in the Antarctic. The global warming incurred from the extensive consumption of carbon resources is being felt all over the world. These days, when spring thaws the ice, we are reminded of pollution and overseas energy consumption, not poetic love.
This spring feels rather cold.