[TV Review]Search for my ex-boyfriend? Why bother?

[TV Review]Search for my ex-boyfriend? Why bother? 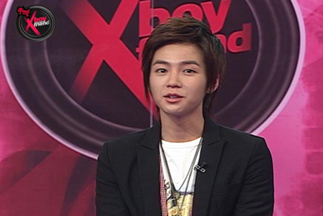 A scene from “Chase! Ex-boyfriend,” a show that gives viewers false hopes of rescuing their broken relationships. [Mnet]

There are many ways to deal with the aftermath of a breakup. Some may drink the nights away and curse their formerly beloved using the appalling “ex” modifier. Others may celebrate the fact that they are back on the market by arranging a series of blind dates. In my case, I turned into a living apparition and did nothing but watch Japanese TV dramas all night. Only after I found myself helplessly gaga after sitting through some 50 Japanese dramas in about a month did I declare a return to reality. After all, the end of a relationship does not mean the end of the world.
Still, breakups are formidable events to deal with, and there are constantly new methods of coping. One of the newest is going on a TV reality show and begging the producers to find your ex-boy or girlfriend.
That show is “Chase! Ex-Boyfriend” on Mnet, a cable TV channel that is supposedly all about music. Airing every Friday at 6 p.m., the show presents itself as a rescuer of the desperate creatures left in the wake of a breakup.
Once the request to find an ex is in, the producers transform into a team of detectives and start tracing the ex-boy or girlfriend. Last week, they had information that the ex-boyfriend “might be working as an agent for a pop singer,” so they called every single talent agency possible. When this didn’t work, they found his parents’ restaurant and spent hours undercover waiting for him to show up ― again, to no avail. After successfully finding the man’s cell phone number, the producers then disguised themselves as delivery servicemen to find his whereabouts. After finding him, they started to trail him, again under cover, for hours to see what he did.
Question here: Isn’t this simply an example of voyeurism? The ex-boyfriend is not aware (at least theoretically) of the fact that a gang of TV producers-turned-detectives is following him through his very private life. The show makes its viewers accomplices as well, by sharing every single detail of the tape.
Question No. 2: Aren’t we living in the 21st century where we have all kinds of dream-come-true ways to communicate? The show producers simply overdramatize by making blunders. The ex-girlfriend who made the request must have had some way to contact him. Of course, the ex-boyfriend might have cut every single line of communication ― changing his cell phone number and nullifying the e-mail account they used to communicate. In that case, I’m sorry, but it’s an indication that there’s no hope (and no need to string along a relationship that has passed its expiration date). The girl should simply take a deep breath, reboot and move on.
Anyhow, after the long and winding chase, the producers finally succeeded in bringing the ex to the stage, and the former couple hugged, again an overdramatization. As a helpless cynic, I could not help but wonder if the ex-boyfriend decided to show up because he wanted TV exposure for his secret dream of succeeding in entertainment.
I was rather taken aback by the show’s Web site, which has a surge of requests from people hoping to find their ex-love interests. Some of them wrote as many as three pages worth of stories on why he or she has to find the ex. I wondered why they cannot just grow up and take care of their business, instead of whining about their private lives on a nationally broadcast television show.
One thing is clear, though ― relationships and breakups are an eternal surefire item on television. Still, the show failed to change my belief that it is no use crying over a broken relationship, because once it’s broken, you may glue the pieces together again, but the crack will still be there.
Rather, the correct prescription for a breakup could be to confront reality and find consolation in who you are as an individual. After all, you are the one person you will never leave behind.