[Talk of the town]WATANABE TO VISIT KOREA, and more

[Talk of the town]WATANABE TO VISIT KOREA, and more 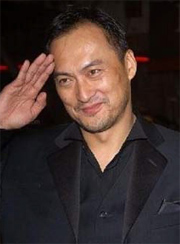 Japanese actor Ken Watanabe will make his first visit to Korea this month to participate in the press preview of his latest film “Memories of Tomorrow,” scheduled to be released here nationwide in May. An adaptation from the Japanese author Hiroshi Ogiwara’s bestseller, the film features a middle-aged Japanese man suffering from Alzheimer’s disease. It is Watanabe’s first starring role.
Watanabe has a great fan base in Korea, popular for his charismatic acting in Hollywood films including “The Last Samurai,” “Batman Begins,” and “Memoirs of a Geisha,” which all screened in Korea.
He was nominated for best leading actor at the recently-held Asian Film Awards for his role in “Memories,” along with Korean actors Song Kang-ho (“The Host”), who won, and Jeong Ji-hoon, better known as Rain (“I’m a Cyborg, But That’s OK”). 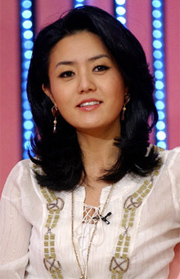 Sohn to marry ‘an ordinary man’
KBS announcer Sohn Mi-na, 34, plans to wed next month.
As the star emcee of a high school quiz program, “Ring the Golden Bell,” and a D.J. on KBS 2 Radio running a late night music program, Sohn said she is marrying “an ordinary man” who is one year older than her. They were introduced last year.
“My husband-to-be is an ordinary man working for a typical company,” she said in an Ilgan Sports interview. “We love each other. We are young and we want to plan our future together.”
“I am very thankful that people around us actually helped us to get married,” she said, conscious of a certain show-business stereotype that television announcers often marry the sons of conglomerate (jaebeol) owners.
She explained that a college friend introduced her to his cousin. She said she was not interested in getting married at the time but was looking for a person with whom to continue her studies, and her friend thought his cousin would be a good match for her.
“We have [such] similar values about life that I thought he was my lost twin,” she said. “We both believe that we should think openly but act thoroughly.”
She said their honeymoon destination is likely to be a island because they both love the ocean, although they have not decided where they will go.
Sohn is getting married on May 10 at a Seoul hotel. Her Spanish friend Gloria, who also appeared in her recent essay book “Spain, You Mean Freedom,” is flying to Seoul to catch the wedding bouquet.
mina@joongang.co.kr