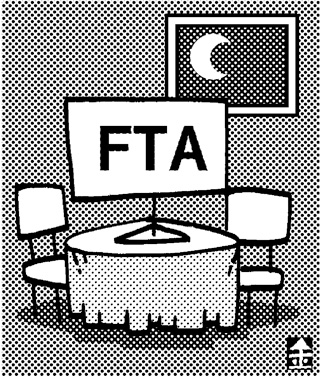 Negotiations are held to solve problems through discussion. Before World War II, disputes between countries were solved through armed conflicts and wars. Frederick II, king of Prussia during the 18th century, proclaimed that “Negotiations without arms are like music books without instruments.” Dean Acheson, Truman’s secretary of state, believed in “negotiation from strength.”
Traditional negotiations are zero-sum games, where a participant’s gain or loss is exactly balanced by the losses or gains of the other participant. Proceeding in this manner is suitable when the objectives of the negotiations are simple; in most cases, there are clear winners and losers.
However, in situations where numerous complex issues are at stake, it is not clear who the winners and losers are, even after a settlement has been reached.
When heading for the negotiating table, parties aim at conducting a win-win strategy, but once actual negotiations commence, it is natural for each party to jockey for the upper hand. In particular, when national interests are at stake, countries engage in tooth-and-nail negotiations, each fighting for the advantage. Popular techniques employed during such tenacious negotiations are filibustering; threatening to walk away from the negotiating table; braggadocio; baiting the counterpart; offering extreme proposals, and forcing all-or-nothing deals.
Each side in the FTA talks between Korea and the United States employed these techniques to the very last stages of the negotiations, trying to maneuver for the upper hand.
However, focus and tenacity are perhaps the strongest weapons that can be used during negotiations. When at the negotiating table, the side that becomes impatient and loses focus will ultimately lose.
The former British prime minister, Margaret Thatcher, nicknamed the “Iron Lady,” who was very influential during the 1980s, was a master of this kind of negotiation. Whenever entering important negotiations, she would also push negotiations beyond the allotted time; in highly intensive negotiations, most people can maintain focus for three hours. When time ticks beyond three hours, most people anxiously wait for negotiations to end. When noticing the concentration level of her counterpart had dropped, the Iron Lady would quickly play her trump card.
The negotiators for the FTA talks spent three consecutive days at the negotiating table, which was more than enough time for them to lose their concentration. It will be interesting to see which side maintained focus until the end.