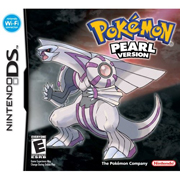 Pokemon was a true cultural phenomenon.
The cartoon succeeded where many had failed in introducing anime to the American consciousness, while the cards, toys and video games were the most efficient “cross-platform” marketing juggernaut ever, epitomized by the slogan that wormed its way into kids’ heads and became a parental bane: “Gotta catch ’em all!”
The cutesy animals are making their first RPG appearance on the DS, and true to form there are two versions ― Pearl and Diamond ― essentially the same game but just different enough for kids to plausibly demand both.
Of course, one of the reasons this series has survived so long is that it’s incredibly addictive and quite a lot of fun watching your little creatures grow and change.
However, aside from some updated graphics, a new items system and the ability to connect with other DS units and the new Nintendo Wii, not much has changed since Pikachu first chirped his way across the Game Boy screen in 1996, and for anyone old enough to escape the pocket monsters’ thrall the game quickly gets tedious. By Ben Applegate 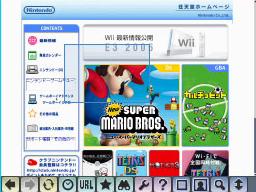 Unlike its chief competitor the PlayStation Portable, the DS is a gaming device first, leaving multimedia and Internet to be tacked on with peripherals ― the Play-Yan and the DS Browser, respectively.
To run at all, the browser demands an additional memory pack inserted into the bottom slot, and long load times and difficulty with image-heavy pages show the relatively underpowered DS is huffing and puffing to get online.
But if you can get past the performance issues (which are much more bearable when pictures are switched off using a handy button), the utility itself, by Opera Software, is surprisingly versatile and user-friendly. A button switches between two modes ― one squishes the page to fit the narrow pair of DS screens, while the other, more creative one displays the full page on one screen and a zoomed-in portion on the other. The surfer pulls the stylus across the touch screen to zoom in on a different section, flips the screens, then interacts with the zoomed portion. Text can be written using the stylus or selected from a touch keyboard. The browser is due out in the U.S. on June 4, but the Japanese version can be had now in Yongsan. By Ben Applegate