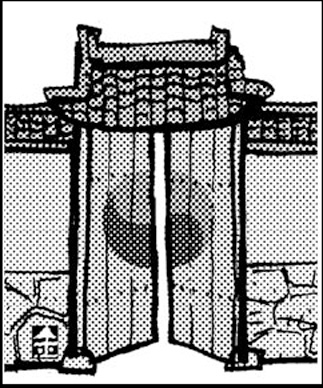 A scientist announced that he invented a new method to produce steel at a very low price. Surprisingly, that method did not require iron and labor, but only wheat flour, he said. From then on, cheap steel poured into the market. The price for products that needed steel, such as cars, went down, so the quality of life improved tremendously. Years later, a reporter who was suspicious about the method penetrated the factory in secret. He found no production lines, but only sacks of flour piled up. The scientist exported flour, imported cheap steel and sold it on the market. As the story was reported, the scientist was arrested and the factory shut down. The price of steel went back to normal and the living standard of the people returned to the ordinary level.
This story is in the book “Principles of Economics” by American economist N. Gregory Mankiw. The scientist turns out to be a swindler who committed fraud in the name of invention. But intentional or not, he happened to discover the principles of free trade and brought profit to his nation. Over the past 250 years, the history of modern economics is full of discussion and debate by countless geniuses. Different economists had numerous interpretations and arguments over a given theory. However, few have flatly refuted the free trade argument based on David Ricardo’s theory of comparative advantage.
The United States is regarded as the most successful example of a free trade experiment. The country has become the world’s best economic powerhouse because it has allowed its 50 states to trade with one another without limits. Each state has specialized in certain products and services and the entire nation has benefited from them.
Let’s go back to the story and find out the part that was omitted. The story goes that [due to cheap steel] rival companies went under and had to fire people.
These people found other jobs immediately. The people accepted the idea that losing job was inevitable in making progress. However, this can happen only in a textbook. It can rarely happen in reality. Few workers will accept that losing their jobs is natural, and getting new jobs is easier said than done. President Roh Moo-hyun pointed out that opening our doors does not necessarily bring prosperity, but no nation has become prosperous without opening its doors. This is true.
But what if we consider his remark in light of the free trade agreement with Washington? Then it is like this: Opening our doors does not always bring prosperity, so bringing prosperity is the job we should do from now on.