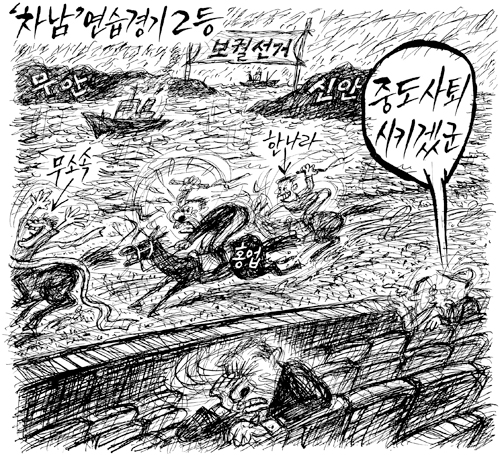 Kim Hong-up, the second son of former President Kim Dae-jung, ranks second in the polls to a non-affiliated candidate for a by-election in Muan-Sinan, South Jeolla province, despite the fact that it is his father’s political stronghold. His father frowns, and people watching the race say the ex-president will force his son to end his candidacy. By Kim Sang-taek