[Book in brief]Learn to listen, carefully, and more

[Book in brief]Learn to listen, carefully, and more 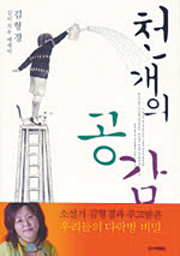 She is not a psychologist but she has visited one often enough.
And novelist Kim Hyeong-gyeong says she can now give psychological advice just as well as any professional. Let’s say she is a woman who knows how to profit from her experiences.
“A Thousand Sympathies” is a new book from Kim, who actually works as a counselor giving tips on relationships.
Based on her own personal experiences, particularly during her turbulent 20s, she writes that anyone can learn to listen and, using that skill, they can easily approach a fearsome boss or make up after a fight with their partner.
The trick is to gather the courage to confront the person first and use a mix of empathy and sympathy to get through to them.
Real psychologists who read her books are surprised that Kim’s advice is often effective.
Psychologist Jeong Hye-sin says she recommended the book to her colleagues because the author knew exactly how to explain a number of difficult psychological terms in a delicate and comfortable manner, a skill that more experts should know. “Thousand Sympathies” will be a useful guide for anyone who wants to have more harmonious interactions with their friends, family and colleagues. By Lee Min-a 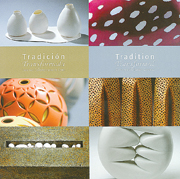 “Tradition Transformed: Contemporary Korean Ceramics” (Korea Foundation) is an art book about a traveling exhibition that puts together the work of 29 contemporary Korean ceramists whose practices incorporate traditional techniques of ceramic manufacturing that date back 5000 years.
The book displays a comprehensive list of trends in Korean modern ceramics, which includes traditional techniques mixed with contemporary influences. There is also an account of the changes that have taken place in ceramic culture over the years, especially the way Korean ceramic artists moved away from an orthodox notion of craftsmanship to expand their work into areas like installations and clay sculpture.
“Although the majority of contemporary Korean ceramic artists aim to capture formal beauty in their work, their search is not just to discover diverse theories or styles,” writes Cho Chung-hyun, who is also the honorary professor of sculpture at Ewha Womans University. She compiled the book. “They seek instead to discover the distinctive world of art that exists only in ceramics. They focus on personal aesthetic experiences in order to concentrate on expressing individual identity and the basic essence of ceramic art rather than attempting to experiment with a variety of forms.” The works featured in the book will travel through Europe from now until 2009, starting in the Ormeau Baths Gallery at The Arts Council of Northern Ireland in Belfast. By Park Soo-mee 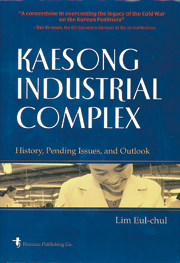 Inside a complex project
Lim Eun-chul’s “Kaesong Industrial Complex: History, Pending Issues and Outlook” (Haenam Publishing Co) explores a project undertaken by the South and North Korean government as a pivotal part of inter-Korean economic development.
The author, who is a director of strategic planning at the Center for International Cooperation for North Korean Development, explains how the project developed from A to Z, including “untold stories” like how the Hyundai Group received the development rights for Kaesong, once a military base, from North Korean leader Kim Jong-il, the current status of the complex and the working environment in the factory and amomg construction workers on site.
It also contains anecdotes about Kim’s first meeting with the Hyundai delegations.
“That same night, Kim Jong-il complimented Hyundai by saying that ‘Hyundai Construction is the best construction company in the world,’ and also made light-hearted jokes, saying, “Isn’t it against your National Security Law to take pictures with the head of a communist party?’,” the author writes. Readers will get an interesting insider’s look at a complex, which has now become more important after the progress made in the six-party talks dealing with North Korea’s nuclear crisis. By Park Soo-mee