Where is Korea’s Kitty?

Where is Korea’s Kitty? 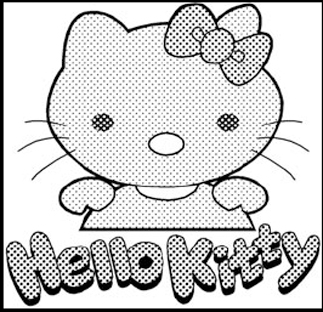 Japan is a powerhouse of fictional characters. Hello Kitty, the largest money-making character in Japan and the fifth-biggest brand in the world, is a first generation Japanese fictional character franchise. Sanrio, the Japanese company which created the Kitty character, earns about $500 million a year from the Kitty business. The number of businesses related to the world-fancied kitten is estimated to be more than 20,000, and in Japan there are two theme parks devoted to Kitty.
Hello Kitty was born in Tokyo in 1974. Its minimalist design has become the signature of cuteness. The business strategy of Hello Kitty relates the popularity of the character to the peculiarity of Japanese culture that adores cuteness. Its main appeal lies in the devotion to the petite that is a Japanese response to the alienation of life in industrial society, although this invites criticism that a culture obsessed with the petite reinforces the image of a woman being subordinate.
In the 1970s, the dainty little kitten was also an image Japan wanted to show the world, which then often identified the country with a Godzilla that threatened the world economy. In the mid-1990s, however, even Western pop icons confessed to be crazy for Kitty, including Christina Aguilera, Mariah Cary, and Tyra Banks. Now the Kitty craze has spread like wild fire all over the world.
Douglas McGray, a Japan expert, wrote in the magazine Foreign Policy in 2002 that Hello Kitty shows the growing influence of Japanese culture in the world. He also said it indicates a genius of Japan, which is key to its cultural driving force. Meanwhile, many countries become defensive about globalization because of concerns about losing their national culture.
A theme park called Puroland located on the outskirts of Tokyo attracts more tourists than Tokyo Disneyland, although it is smaller and lesser known than the American icon. Puroland provides Hello Kitty entertainment shows and sells thousands of Kitty-related items.
As part of the entertainment in the theme park is Takarazuka Revue, an all-female acting troupe, which Japan is proud to present as a cultural icon.
Foreign Policy magazine reported that Bill Gates, the CEO of Microsoft, once tried to buy the Hello Kitty brand for $5.6 billion. Was that price too high?
Perhaps that price would be a bargain when one considers the value of internationally recognized American brand icons like Mickey Mouse and Donald Duck of Disney fame. So Korea, where is our character business?