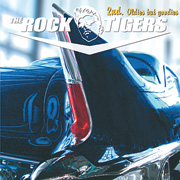 Untamed passion, impetuous eagerness, and intense fervor are privileges granted to the young. The Rocktigers, no matter their biological age, express the beauty of youth in their second album “Oldies but Goodies.”
Following the success of Crying Nut, another underground talent growing out of the Hongdae club culture, the Rocktigers surfaced on the popular stage. Since their debut in 2001, the five-piece band has been busy with live performances in Korea and around the world, and their first album was released in 2003.
Wearing leather jackets and slicked-back hair, the Rocktigers reach back to the time of Elvis, rock ’n’ roll’s original roots. The beat and the rhythm are very ’60s, and the overall sound makes you want to twist. But what’s a rock ’n’ roll band without the spirit of rebellion? The Rocktigers manage to fuse their own spice into the original to create a unique sound that brings a new sound to contemporary rock ’n’ roll.
The lyrics of the album’s 11 tracks also convey the essence of rock ’n’ roll. It’s interesting how Tiger, the lead vocalist and main lyricist, has described the love, dreams, music and resistance of our younger days. He found the Korean vocabulary and sentence structures that are perfect for rock ’n’ roll.
Considering the fact that rock ’n’ roll is usually sung in English and often in an American context, the Rocktigers deserve credit for reshaping Korean rock ’n’ roll.
But enough with the serious talk. Rock ’n’ roll lives to be enjoyed, so enjoy! By Suh Sun-young 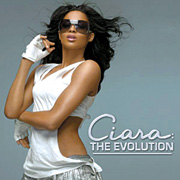 The “First Lady of Crunk & B” returns to the music scene with an album full of hip, catchy tunes. “The Evolution” is packed with collaboration tracks with big-name artists and producers to match Ciara’s Grammy Award-winning status. In the United States, the album debuted at number one in the Billboard 200.
With the unlikely mix of orchestration and rhythmic hip-hop beats, “Like a Boy,” the first single of the album, is one of the strongest cuts. Ciara’s delicate, seductive delivery blends well with the heavy-thumping beats on “Promise,” a velvety slow-jam. Equally dazzling is “My Love” with a dollop of R&B mellowness. “I Proceed” presents a hypnotic rhythm sure to be appreciated in club scenes. Last year’s hit single “Get Up” is a bouncy up-tempo track that best captures Ciara’s “crunkness.”
It is almost impossible not to carelessly sway to the light, catchy tunes of the album. Ciara bears heavy resemblance to Aaliyah, with her soft, tweaked vocals. As pleasant as her music may be, she still has some room to evolve, and establish an individual, distinctive sound to live up to her reputation as the “Princess of Crunk.” By Choi Hae-won