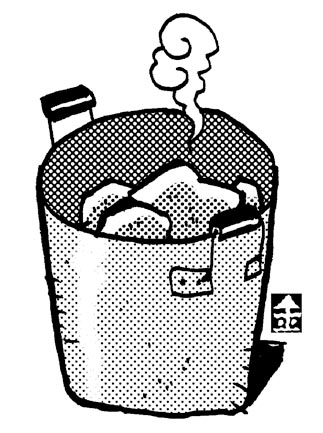 Before the Civil War, plantations in the American South allocated to slaves the pickled, unwanted remainder of slaughtered pigs ― slaves would gather around the “pork barrel.” Although slavery was abolished, this kind of phenomenon still exists, as politicians engage in spending that is intended to benefit constituents in return for their political support. They refer to exchanging votes for scraps of pork as “pork barrel politics,” which has prompted many American presidents to wield their veto power.
Former U.S. presidents have amassed 2,551 vetoes ― Franklin Roosevelt issued 635 vetoes while serving four terms, and Grover Cleveland issued 584 vetoes while serving only two terms. The majority of these vetoes blocked budget proposals. Former president Bill Clinton used his line-item-veto power to strike down 37 pork-barrel projects.
The Roman tribune had the power to veto laws created by senators. American presidents also wield this power. The Constitution gives the president the power to veto within 10 days any bill passed by Congress. The president has the authority to throw out the bill altogether if Congress is in recess during the 10 days. “Pocket veto” refers to the president withholding approval of a bill after Congress has adjourned, thereby killing the bill without a formal veto.
In Korea, the president has the right to veto legislation within 15 days; he is not allowed pocket or line-item vetoes. The National Assembly can override the veto with a two-thirds vote. The majority of the 45 vetoes (such as the bill for purchasing grain) issued by former President Syngman Rhee were overridden. President Roh Moo-hyun vetoed a bill authorizing a special prosecutor to look into allegations of corruption aimed at his aides, but it was overturned, the first time a bill had been overturned since April 1961. Former president Park Chung Hee used his right to veto only four times because he was in full control of the National Assembly. Recently, President Roh has said he will consider vetoing a bill that would give a monthly stipend to senior citizens because his national pension reform bill failed to pass. This bill intends to give 60 percent of the people over age sixty-five 89,000 won ($96) per month. The Grand National Party has gone a step further and announced that it will make revisions that will give 80 percent of the people in that age bracket a stipend of 180,000 won. Who will end up paying for this kind of pork-barrel politics? It will be interesting to observe how the six political parties amend the national pension law this month. The law should be vetoed if it is not set straight.