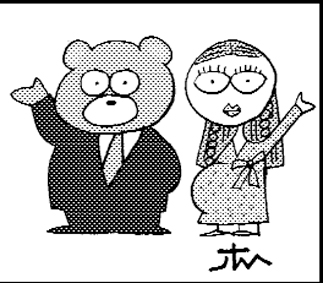 A doll in the Barbie range became a big issue on the Internet last week because of a explicit picture on an overseas blog that showed a pregnant Barbie in labor.
Barbie is 48 years old. She was introduced to the world at the American International Toy Fair on March 9, 1959. Millions have been sold and her initial success was because she was an adult-bodied doll at a time when most children’s dolls were based on infants. Mattel, the company which produced Barbie, made a fortune.
Barbies have been made in many different nationalities and races and she has had many different careers.
And Barbie got a family, too. She has friends and sisters. In fact it was Midge ― a friend of Barbie ― who was pregnant. Midge was designed to offset criticism that Barbie was just a sex symbol. Barbie has also sold related toy products, such as clothes and furniture. The world of Barbie is indeed limitless, including costumes, publications, stationery and electronic goods. Her career is an example of the present marketing trend, called “One Source Multi Use.”
The recent changes in the traditional toy market are giving Barbie gray hair. Young teenagers no longer play with dolls so much. Girls nowadays want computer games, a video set, mobile phones, or an MP3 player, as soon as they enter a primary school. Thus the main market for traditional toys has narrowed to young children who have not yet gone to school. And many countries, like Korea, have a declining birth rate.
Each of these aspects has worried traditional toy sellers. Toys “R” US, the world’s leading toy retailer, has closed at least 70 stores in the United States. Some companies have been transformed into gift shops.
Sigmund Freud said, “What a distressing contrast there is between the radiant intelligence of the child and the feeble mentality of the average adult.” Toy companies have taken this idea to heart. The biggest toy manufacturer in Japan, Bandai, has recognized that toys are not just for kids. The company has now developed dolls for retired people and adult females. Their new fashion doll, Sakurana, is an urban lady who has her own career. Bandai’s marketing representative said Sakurana will appeal to an adult female’s desire to identify with a successful looking doll and the company expects she will care of her in the same way she takes care of herself.
This is the newly emerging kidult (adults who are like kids) market.
Even for Barbie, maniac adult collectors are the most important customers. Adults are grabbing the dolls kids have turned away from to extend their childhoods.