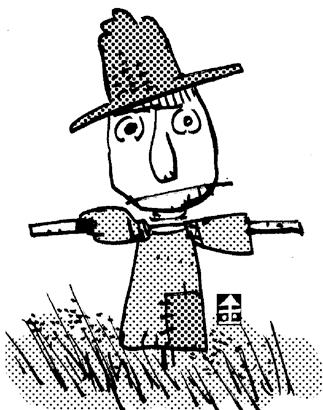 Setting up a “straw-man argument” means creating a vulnerable fictitious persona and pulverizing it with one swift blow. After setting up the opposition’s supposed position, it is refuted in a one-sided attack, and the attacker then acts as if the opponent’s actual position has been refuted.
An example of a straw-man fallacy is to refute the assertion, “Children must not run into busy streets” with, “It would be unreasonable to lock children up all day.”
Insinuating the argument is much more draconian than it really is, the refuter has side-stepped the issue, and any response sounds like an excuse.
For this reason, anybody who becomes entangled in this war of words has a difficult time escaping unscathed.
President George W. Bush is famous for setting up straw-man arguments.
As soon as the opposition suggested considering withdrawal from Iraq in 2005, President Bush immediately said, “There are some people who want our troops to leave immediately” and concluded that withdrawing troops “would be a big mistake.”
After misrepresenting a “consideration of troop withdrawal” with “immediate and absolute withdrawal,” he concluded that it would be “a grave mistake.”
Someone suggesting troop withdrawal is in danger of being labeled unpatriotic,against the war on terror and irresponsible enough to disregard the safety of American troops.
President Roh Moo-hyun’s language resembles Bush’s in this regard.
He responds to calls for a stoppage in aid after North Korea conducted missile and nuclear tests with “You want war with North Korea.” He denounces the idea completely after misrepresenting “halt in aid” with “war.”
Setting up a straw-man argument misrepresents the opposition’s position and prevents genuine dialogue; it misleads and manipulates people into believing its fabricated conclusions.
For this reason, the study of logic points to this technique as an unethical error in logic. Although the argument at hand may be won, everybody loses in the end.
The acting president of Korea University, Han Sung-joo, said last week, “The government’s refutation of admission by donations [one of the ‘three nos policy’] has straw man traits.”
The government misrepresents people who are opposed to the “three nos policy” as wanting to accept anybody who pays the right price.
Transcending mere policy failure, the error in logic must be amended first.