Seven spring date destinations in Seoul and its surrounding areas

Seven spring date destinations in Seoul and its surrounding areas 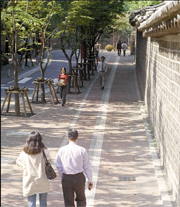 Gwanghwamun Stone Wall Street
The path along the boundaries of Deoksu Palace was completed in 1910 and revamped with asphalt by the city council in 1998. The beige-brown stone used to build the wall stretch down to the Jungo-dong Intersection. Ginkgo and Zelkova trees stand side by side along the path. There is an old legend that warns lovers that if they walk along this path they will eventually part ways. However, it hasn’t stopped many couples from coming and remains a favorite strolling destination. 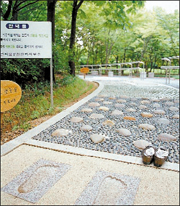 Yangjae Citizen’s Forest
About the only large park in the southern part of Seoul, Yangjae is a 260,000 square meter forest in the city.
Along with tennis courts and a barefoot park (where visitors can walk shoeless on the rocks, which is supposed to have chiropractic effects), visitors can also enjoy biking and inline skating on the spacious pathways.
The nearest subway station is Yangjae station, line No. 3, exit 7. 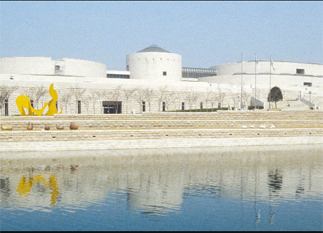 Yeouido Park
“Yeouido is a great hidden date location as it is often thought of as a kind of business center. But really, if you visit during the weekends, it’s provides a pleasant, spacious atmosphere ideal for dates,” said date expert Kim Jin-woo. Yeouido is also a good place to see cherry blossoms in April. The park includes a pond, a cultural plaza and a bicycle path.
The nearest subway station is Yeouinaru station, line No. 5, exit 1.
National Museum of Contemporary Art, Gwacheon, Gyeonggi province
The national museum has a scenic lake and smooth stone steps surrounding the main building and the pathway up to the museum is a great place for a stroll.
Unlike other museums and galleries in Seoul which tend to be crowded by nearby buildings, the museum and the area around it is quite spacious, with about 73,360 square meters in total. The museum is currently showing “Memories of Wuppertal,” a retrospective of works by Paik Nam-june. There is also a photography exhibition showcasing works by Bae Byeong-wu and Lee Jung-jin.
Area around Hongik University
“For younger people the area around Hongik University is exciting,” said Im Gyeong-sun. “Especially on the weekends, there is a big flea market held with everything from clothing to original art work,” said Kim, adding, “There are also a lot of interesting street performances.” Couples can buy a 500 won can of coffee from the convenience store, sit on benches in the Hongdae Park (at the center of this area) and go window shopping in stores that sell vintage clothing, hand-made soap and even flavored condoms (at Condomania).
The nearest subway station in Hongik University station, line No. 2. 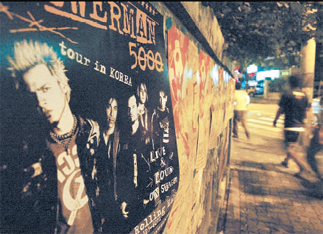 Samcheong-dong
The street’s balance of the old and new, with traditional Hanoks renovated on the interior and alternative galleries next to Italian bistros, provides a quiet escape from downtown Seoul.
Unlike other famous spots like Apgujeong-dong or Myeongdong, this area is laid-back and the shops feel more personal with small boutiques rather than retail chains. The area is also developing into an up-and-coming dining area in which new restaurants with experimental styles and cuisine try to lure customers looking for a new experience.
The nearest subway station is Gyeongbokgung station, line No. 3, exit 4 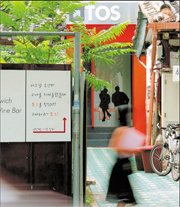 Namsan Hanok Village
The Hanok Village, founded in 1998, was originally five traditional houses from the Joseon Dynasty that were built for the nobility.
It is located at the foot of Mount Namsan and holds cultural festivals and events all year-round.
“A secret pathway that not many people are aware of leads from the back entrance of the Hanok Village, passing the Expressway Research Center,” said Kim. “People usually think the pathway ends in front of the research center, but there is a beautiful pathway stretching up to Namsan,” said Kim. This pathway is known for its tall trees and many benches.
The nearest subway station is City Hall Station, line 1 or 2, exit 4.