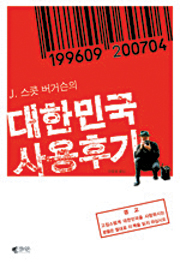 California slacker based in Seoul”

J. Scott Burgeson, a “California slacker based in Seoul” as this cultural critic calls himself, has published his third critique of the country where he has lived for the last 10 years.
“Daehanminguk Sayong Hugi” (Gallion publishing) is a Korean translation of “User’s Comment on Korea.” In a prologue Burgeson warns readers that a person who is in love with this country should never read his book. In particular, he criticizes the nationalistic atmosphere and condemns South Koreans for treating North Koreans as second class citizens, unless they are both watching a Korean team playing a foreign opponent. By Lee Min-a 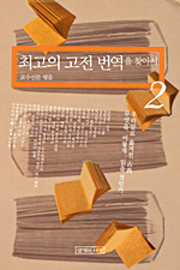 Finding the Best Translations of Classics 2

Relying on a poorly translated versions of world classics when trying to understand the authors’ profound revelations is hellish.
Some 50 Korean professors, including Kang Dae-jin from Konkuk University, agree with me. Their book “Finding the Best Translations of Classics 2” (Gyosu Simmum publishing) is a guide for all frustrated readers who want to understand a classic like St. Augustines’s “Confessions” in clear Korean. As an example of a good translation they cite Lee Jae-hwan’s version of Franz Kafka’s “The Metamorphosis.” A sentence in the original German version was “Der Teufel soll das alles holen!” which had been translated into Korean as “Damn! Let it go as it is.” But Lee wrote instead “Dear devil, please take everything,” which delivers a clearer meaning. By Lee Min-a 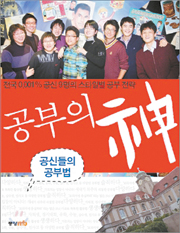 Korea is a republic of exams. Millions of books on how to study fill the bookstore shelves, while autobiographies by young Koreans who managed to get into top ivy league schools sell like hotcakes among parents. “God of Studying: Strategies and Styles of Nine Students who made the Top 0.001 percent in the Nation” (JoongAng M&B) was put together by Gang Seong-tae and describes different methods and strategies for efficient study. Starting with glossy profiles of the contributors’ academic background, the book devotes chapters to the A to Z of admissions to American Ivy league schools and the top universities in Korea. It goes into detail about exam tactics, including tips like an advance visit to the classroom where the test will take place, go to the bathroom every time you take a break and a list of must-have books for university admission. By Park Soo-mee 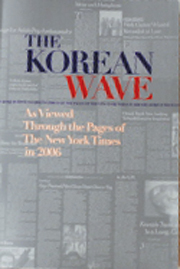 Last year a total of 78 articles were printed in the New York Times about Korean culture, mostly written by the paper’s Asian correspondents and critics.
The number is a stark contrast to the 20 or so articles printed in the same newspaper in 2002, when the country just began to receive coverage from the foreign press, when it was a host nation for the FIFA World Cup. The figure is telling, considering that interest in Korean culture has expanded exponentially over the years, notably in film and music.
“The Korean Wave” is a collection of 52 newspaper articles about Korean culture that were printed in the New York Times during 2006, selected by the Korean Cultural Service in New York. The book is divided into six chapters with articles that examine Korean movies, music, fine art, theater, food and others. The articles in the book include “The Ambassador,” dealing with the New York debut of the Asian pop superstar Rain; the death of Paik Nam-june, a pioneer of video art; “Horrors! He Likes Ideas and Metaphors” by Mark Russell about the movie “The Host” by Bong Joon-ho; and “Hot for the Holidays, the Lure of a Korean Sauna” about Korean dry saunas. By Park Soo-mee