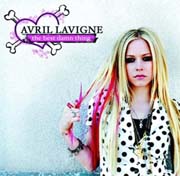 Avril Lavigne displays her increased confidence in “The Best Damn Thing.”
The CD has a few surprises. The sullen vibe that dominated her last album, “Under My Skin” seems to have evaporated. Lavigne now sounds bouncier with more of a pop-punk sound.
The album kicks off with “Girlfriend,” which is catchy with its cheerleader-like chorus. “The Best Damn Thing” is just as peppy with stomping beats that resemble those from Toni Basil’s 1982 hit “Mickey.” Avril breaks into her signature boy-bashing in “Everything Back but You.” Lavigne’s pop punk reaches its peak in “I Don’t Have to Try,” which is sure to be a hit for fans of her previous albums. “Hot” adds sophistication to the album. It expresses Lavigne’s take on the emotions of being in love. It crosses over from country, pop and punk to showcase Lavigne’s driven yet controlled vocals.
Although she has toned down her angst-driven gloominess and replaced it with lighter, lively tunes, she still has a good mix of pop and rock. Overall, the album is fun and spunky, but does not reflect the musical maturity that many fans of Lavigne have been anticipating. It’s good, but far from the best this punk princess has to offer. By Choi Hae-won 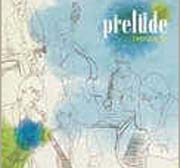 “Breezing Up” is the second album for jazz sextet Prelude, and it is a disappointing sequel to their first album, “Croissant,” with weaker melodies that feel robotic.
The group, all graduates of the Berklee College of Music, features Richard Rho (tenor saxophone), Choi Won-seok (alto saxophone), Abraham Lagrimas Jr. (drums), Ko Hee-an (piano), Choi Jin-bae (bass) and Charles Lee (tenor saxophone). Except Lagrimas Jr., who is an American, the other members are Korean or Korean-American.
Their version of free-style jazz is easy and accessible. Prelude doesn’t depart completely from traditional jazz styles and their melodies seem familiar, as if they were trying to express the little pleasures of daily life. Beginners of jazz are likely to enjoy this album.
Prelude’s sextet formation is a departure from the trios that are the norm in jazz and this creates both strengths and weaknesses for the group.
Their music can be full and rich, but at times, it can sound disorganized. The first two tracks “Already Started” and “Breezing Up” have a sunny melody. However, the tracks that follow seem jumbled as the sextet’s sound becomes untidy and the melody begins to lack coherence. It was a question of too much, too fast. The hooks in the melody were nonexistent in some songs as the members seem to be too caught up in their own solos. By Nam Seung-ji