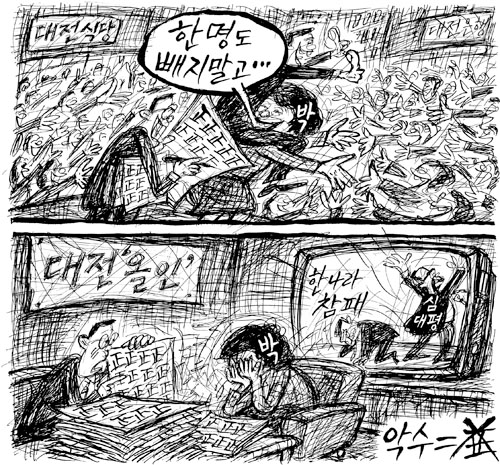 Park Geun-hye, a presidential contender with the Grand National Party, shakes the hands of a multitude of voters in Daejeon, then asks her aide to count how many. Despite her efforts, the Grand National candidate was crushed in the election in Daejeon. The cartoonist says “handshakes do not mean votes.”