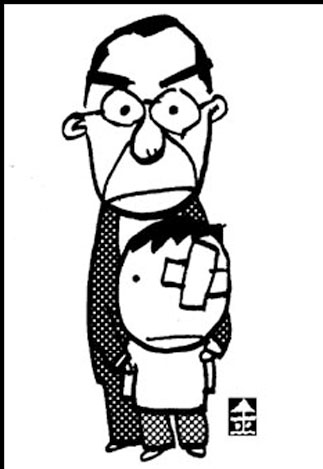 Daddy movies are now pouring into the movie theaters, trying their best to snatch your heart during the high season for family movies, as May is the month dedicated to family love. “The Son” describes one day that a man sentenced to life in prison spends with his son. The father broke out of jail for a short time after 15 years in jail, and his son did not even know his face. Other movies deal with a dad who embraces his mentally or physically disabled son.
There is another movie which is not exactly a family one but nonetheless recounts the struggling life of a dad whose occupation is crime. He works for an organized gang so he can send his child to study abroad. Seriously, daddies have ruled the first half of the year.
The growing demand for family movies can be attributed to the rush of daddy movies. In addition to the growing market, family movies have a low failure rate because they deal with touching stories that Koreans like.
Fathers have been absent from Korean movies for quite a long time. The mother was the center of the family, and the eldest son replaced the absentee father. It was the formidable mothers who avenged the kidnapped kid (“Lady Vengeance,” “Princess Aurora”). The conscious omission of the father has been a feature of many Korean movies directed by middle-aged directors. Fathers who lost their places became hilarious figures in television sit-coms.
However, the film “The Host” marked a turning point in the image of the father in Korean movies. A listless man turns into a fighter after a monster abducts his daughter and, though he fails to save her alive, takes the boy whom his daughter saved before she died as his son. The figure of an ordinary man who became heroic when struggling for his child has become the standard of a loving father in the movies now.
Fathers are endeavoring to restore their lost place in the latest movies. They are a prisoners sentenced to life, a man on a death row and a professional gangster ― anything but innocent. These souls, who are forgiven by their kids, return to their family and are saved.
But reality is always much more dynamic than fiction. Few daddy movies are more interesting than the real revenge story of the chairman of a well-known conglomerate in Korea.
The father’s feelings were understandable when he heard that his beloved son had been severely beaten. However, his way of retaliation ― an eye for an eye and a tooth for a tooth ― comes straight out of a gangster movie. It could be called the ultimate daddy movie, with plenty of entertainment and controversy.