A rose by any other name

A rose by any other name 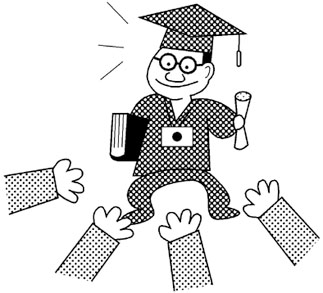 Rate and ratio are commonly used when comparing quantities. They are similar in that one quantity is divided by another. Both measurements reveal the degree of difference between two comparative quantities.
Although ratio and rate are both calculated the same way, they display a subtle difference in their usage. Rate has a standard quantity; it looks at the difference that exists between the standard quantity and the compared quantity. For example, the unemployment rate is the proportion of unemployed people among the economically active population. The rate is usually below 1 because the comparison quantity is rarely higher than the standard quantity. In particular, composite rates are always below 1. However, the increasing rate is a rare example of the rate being over “1” because the amount of increase is higher than the standard quantity.
Ratio does not have a standard quantity but examines how many times greater one quantity is over another. The magnification ratio is the relationship between the size of an object seen through telescopes and microscopes and its actual size; therefore, the ratio is usually greater than 1, and the term “times” is usually used. As is the case with reduction ratios on copy machines, some rare instances exist when the ratio is below 1, but in most instances, ratio is used when the comparison quantity is much higher than the quantity to which it is being compared.
In this regard, using the opening-application ratio to express the status of the labor market is profound; the opening-application ratio divides the number of job openings with the number of job seekers. A large value indicates a strong job market, while a smaller number manifests a tighter job market. Reflecting this number as a ratio assumes the number of job openings is higher than job seekers.
It reflects a hope for a prosperous job market and optimism about the labor market, epitomized by Japan, which is experiencing its greatest postwar economic expansion.
The opening-application ratio for college graduates next year reached 2.14, doubling for the first time in sixteen years. It reflects a flourishing job market ― jobs will be left over even after every job seeker has landed a job.
In contrast, the opening-application ratio for college graduates in our country is a measly 0.25, which translates to four people competing for one opening. It is so low that using ratio is inappropriate. Since the situation will not improve simply by changing the opening-application ratio to a rate, we can only hope the ratio will go up.