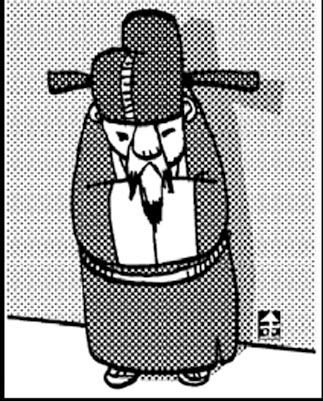 It is not everybody who can think of an instantly cutting answer that satisfies one’s superior. If you take time without producing a good answer, you will surely suffer for your sloth.
The ancient bureaucratic system also held the art of equivocating as a quintessential virtue for those who jockey for power. The “art of equivocating” means to take time producing an ambiguous response and, in the meantime, coordinating support during the time gained.
A man from the Jin dynasty, called Wan, was good at making evasive statements. A man of high office asked him one day about the difference between Taoism and Confucianism. A lengthy answer was surely to be expected. But Wan finished his answer in three sparse Chinese characters that meant, “Hardly can they be rendered the same.”
Although the answer was aggravatingly evasive and bordered on mendacity, the inquirer was greatly satisfied. Perhaps he appreciated Wan’s political sense. Eventually he appointed Wan to be a cabinet member.
It was Prime Minister Jin Hui who killed Yue Fei, the great general of the southern Song Dynasty. Jin Hui was so jealous of General Yue, who fought off the Mongolian hordes, that he finally put the man in jail. An angry general demanded an answer from Jin Hui: What on earth is the man guilty of? Again, Jin’s answer consists of three Chinese characters, which meant, “Perhaps he might be.” There are controversies about how to interpret Jin Hui’s retort. Nonetheless these are anecdotes people often use to describe a man who equivocates and avoids danger.
Both stories point to the attitudes required of bureaucrats who have to evaluate circumstances before making a response. It is mischievous of bureaucrats to avoid their responsibilities to secure their positions against pressures from above and below.
A similar approach is found in the control room of the Korean police who investigated the criminal incident involving the owner of a conglomerate. It is unclear whether they intentionally ignored the initial report that said a chairman conducted the attack in question. Repeatedly it was said that they should take all necessary measures to ensure a transparent and accountable investigation.
It is also strange that their previously tepid attitude has now changed by 180 degrees. What we have here seems not only the art of equivocation, which has gloriously flourished through a thousand years of tradition, but also the style of Korean bureaucrats as they attempt to turn a situation to their advantage. Neither of these are reliable.