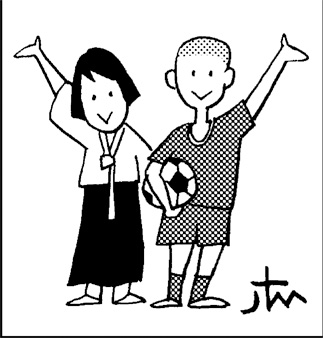 There are two schools, both of which make a deep impression despite their poor appearance. They are the Joseon schools in Japan, attended by Korean expatriates. Although they are ideologically pro-North Korean, it is not right to judge them by this alone.
Students whose nationalities are South Korean, North Korean and Japanese speak with one voice when they say they claim both South and North Korea as their homeland.
One of those schools is the K-12 school in Hokkaido, which was featured in the movie “Our School” by director Kim Myung-jun. The other is the Tokyo Joseon Second Elementary school, featured in an SBS documentary on April 29. Both the movie and the program touched people’s hearts as they showed innocent children who do not yet know the troubles of life.
The film “Our School” attracted 35,000 people within a month of its release, which broke records for independent documentary films. Bookings for small community releases are full until August. As the success of the film became known across borders by word of mouth, Koreans in the United States invited the director to visit, and a preview of the film will launch in Japan this month.
Meanwhile, after the SBS Special was aired, people started fund-raising to support the Tokyo Joseon Second Elementary school. The school needs 170 million yen ($1.4 million) by June in order to secure their premises, which they won through a bitter legal conflict with the Japanese government.
The two schools remind us of the long-forgotten fantasy of community. People in the schools say they are the center of the national community. The first generation of expatriates, who were forced to come to a foreign land, built schools in a desolate land and their children became students and teachers of the school. Some elementary school students live in the school, for their homes are too far from school to commute. For these people, school is a family and the living community.
It may not be natural in this post-nationalist era that they frequently refer to “nation” or “Joseon people.” But it may be when you listen to what the only Japanese teacher in the school says: “I have played soccer only for myself. But I was shocked when I first came to know about this school by the fact that a person can play soccer not for oneself but for others.”
That was the reason why he, a former soccer player, became a physical education teacher in the school.
For the students, the biggest blessing of their lives was perhaps the school. I hope we also have a school like this.