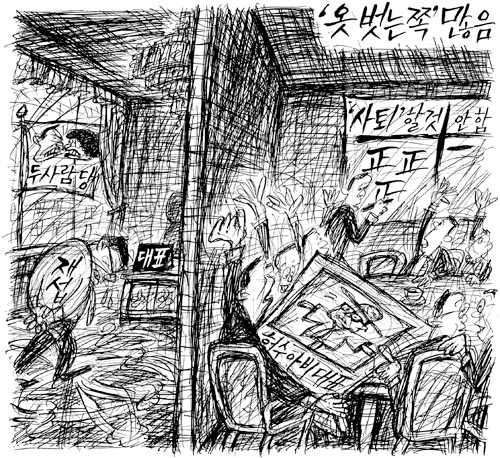 As Kang Jae-sup, portrayed as a scarecrow, wanders about worrying for his future as chairman of the Grand National Party, staff members playfully take a vote. The majority says he should resign. Meanwhile, the name of the party on the flag has been changed to “Two Rivals.” By Kim Sang-taek