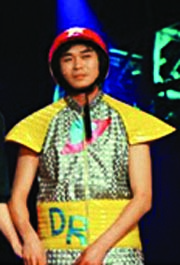 Love was all around this week. The comedian Kim Min-su used his segment in the popular comedy show “People in Search of Laughter.” to propose on stage. “I have to make an apology to my girlfriend,” he said. “It’s time for me to stop going out with her.” Then he brought his girlfriend on stage, knelt down and said, “Now is the time to get married. Marry me, and I will make you smile all your life.” The girlfriend accepted and the couple kissed. The proposal was broadcast nationally and the couple looked radiantly happy.
Kim’s proposal seemed very romantic and it certainly had the result he intended, as far as his relationship was concerned. However, millions of viewers were angry because Kim used the public airwave for private use.
Angry viewers left notes on the show’s Internet bulletin board. Some said that the couple’s kiss was inappropriate because the show aired at prime time on a Sunday. Others said that the couple treated the viewers like their bridesmaids.
Kim finally surrendered, and posted a note on his girlfriend’s Web site, saying it was all his fault. “I take all the blame,” Kim wrote. “Please do not attack my girlfriend.”