Out damn spiders, bring me indies

Out damn spiders, bring me indies 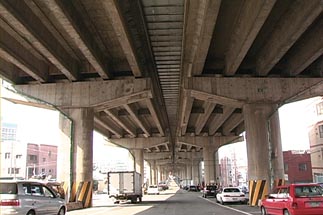 Stills from films at the Indie Forum. My Village, Kwang-an 3 dong

Not all the films conquering the movie screens of the world are about flying spiders. Look around and you will find film festivals with a feast of small films with bigger ideas, such as the Indie Forum and Cinehue Orchestra, both of which start tomorrow in downtown Seoul. From dead serious documentaries to clever animations, the festivals offer a fresh palate for moviegoers who feel fatigued by the man-boy arachnids that have devoured multiplex theaters.
Some of the films may get an opportunity to appear in commercial theaters, but as their chances are slim, a trip to the arthouse theater is worth the effort, although they may not offer a bucket of pop corn with large cup of soda.
Launched in 1996, the Indie Forum is one of the oldest festivals of its kind in Korea. This year, it features a long lost of made-in-Korea indies, some with English subtitles. Among the latter are “Lady Camellia” an enticing documentary about a patient in the Sorok Island leper colony. This 78-year-old woman has managed to keep her wits sharp and her spirits merry even though society isolated her because of her disease.

“A Shower Out of the Blue” is a fictional short that will be screened with three other shorts. “How to Live” is a favorite theme of independent filmmakers who are young and have thin wallets, and director Kim Chang-wan is no exception. The lead character is a female actor who hits her 30s without a clue about how to put her life on a firm foundation. She goes to her mother’s house in the country, only to find that her mother has her own life and she has to find her destiny alone.
There are also some intriguing animations on offer including “Ho Chi Min,” which, according to the organizers, explains the essence of the legendary Vietnamese leader within five minutes. Another short animation is “The Watermelon Chicken,” about a boy who wants to take revenge on chickens that ruined his grandfather’s watermelon field.
One of the two opening films, “Un/Going Home” has English subtitles and offers a look at the concept of home, which carries different meanings for different people.
Other subtitled films include “A Scene of That Morning,” “Ordinary People,” “The Wind Stirs,” “The Whale in the West Sea” and “The Faces,” according to the organizers. Indie Forum runs through next Wednesday.
Cinehue Orchestra, meanwhile, offers five feature films from abroad that have won awards at reputable international film festivals. “The Road to Guantanamo,” which earned acclaim by telling the true story of three British Muslims who were arrested as terrorists while on a journey to Pakistan. The director, Michael Winterbottom, won the director’s award at last year’s Berlin International Film Festival. If you want a light-hearted, coming-of-age film, there’s “Quinceanera,” also known as “Echo Park, L.A.,” about a girl who finds herself pregnant as she approaches her sixteenth birthday. 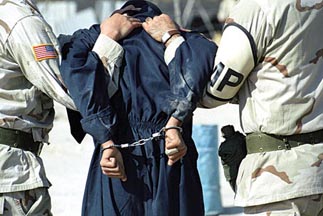 You’re lucky if you speak French, as there are two French films in this festival that only have Korean subtitles. One is “Private Fears in Public Places” by the French master director Alain Resnais, who orchestrated some complex dramatic elements in telling the intricate tales of six people in love. “The Perfect Couple” is another production in French by the Japanese director Nobuhiro Suwa, featuring a look at the life of a couple who used to have a perfect relationship but are now about to get divorced. For German speakers, there is “The Elementary Particles,” about a hippie mother with two brothers born of different fathers.
The Cinehue festival runs through next Wednesday at the Sponge House in Jongno, then moves to Sponge House in Apgujeong, southern Seoul, from May 17 to 23.


For more information in Korean visit indieforum.co.kr and www.cinehue.co.kr. Both Seoul Art Cinema and Sponge House in Jongno, central Seoul, are best reached from Jongno 3-samga subway station on subway line No. 1. Sponge House in Apgujeong, southern Seoul, can be best reached from the Apgujeong station on subway line No. 3 .