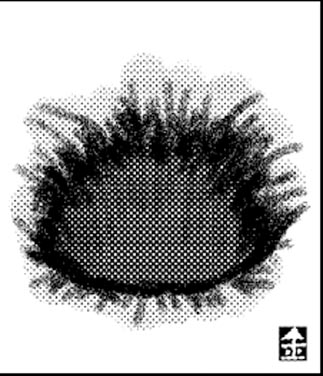 There is an invisible pit called Chenggao on the Chinese chess board. It is a river that divides the two sides, Chu and Han. Xiangqi is a game that originated out of a war in which Xiang Yu of the Western Chu and Liu Bang of the Han locked horns. The winner is determined by their reference to the central dividing line.
Xiang Yu participated in a battle to unite the severed powers following the collapse of the first imperial dynasty, Qin. Although he soon gained support from many other lords, he lost control of the war and was chased away by Liu Bang. While Liu Bang secured enough supplies and troops, Xiang Yu was lacking in both. Xiang’s troops lost their spirit, and suffered from painful homesickness. Nonetheless Liu Bang could not assail Xiang Yu, because he’d been keeping Liu’s father and his relations as hostages.
A proposal was then made to divide the east and west parts of Chenggao between Chu and Han each. Having lost much of its will to continue the war, Chu welcomed the proposal and released Liu’s relations. Liu later defeated Chu through manipulation and established the Han dynasty. In a famous story, Xiang Yu realized that his kingdom had fallen apart on all sides. He then killed his beloved concubine, Yuji, and finished his life by killing himself, as well.
Chenggao is the first canal in China. It is an artificial waterway that connects areas now around Zhengzhou, in Hunan province, by using the Yellow River. The canal is 800 meters (2,600 feet) at its widest, and 30 meters at its deepest.
The exact time of the construction of the canal is B.C. 361 in the Warring States Period. Since it is located where the decisive battle was fought, Chinese people have a special feeling for Chenggao. It is considered as a place that should not be crossed frivolously, because it severs that relationship between you and others.
The battle for power is always fierce, but the pits and rivers that Korean politicians build before the presidential elections are comparable to Chenggao. One Grand national Party candidate brought up the so-called “swap” argument with regard to the party rule for primary elections. The GNP cannot be any more splintered than it is now. But the fierce infighting is similar to what is going on between the president and the Uri Party leaders.
This shouldn’t be chalked up as the ordinary repertoire of politics, because the disappointment of citizens is as wide and deep as the Chenggao. Politicians should learn how to fill a pit first.