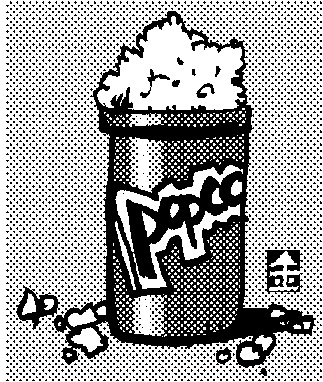 Director Chung Yun-cheol, who made movies like “Marathon” and “It Must be Good,” has written an important letter to a film magazine, just as the argument about the dangers facing Korea’s movie industry have become more intense. The provocative theme of his article is that Korea’s industry is being colonized by Hollywood.
Chung began by discussing the box office failure of the movie “Beyond the Eyes” by director Im Kwon-taek. He claims to have witnessed a system which ensured that a highly accomplished movie, summarizing the life of the maestro director, was shunned. Does the system, he then asks, permit a director to live with his soul and sense of values; or is the movie business just another fantasy of capitalism masquerading as a service industry? He implies that the film industry now caters almost solely to those in their teens and 20s and that directors have to abandon their personalities in order to conform with Hollywood’s dictates.
Chung criticizes the tendency to shut down a movie when it has not been immediately successful at the box office. Asking for support in his quixotic quest from producers, writers, distributors and directors, Chung demanded that audiences be banned from consuming soda and popcorn. This argument is based on the notion fact that 40 percent of cinema revenue comes from their food outlets. Thus, according to Chung, movies have become just another way to sell junk food.
His suggestion shows the depth of the sense of crisis in the Korean movie industry. He is also proposing a boycott of so-called “popcorn movies” as well.
Popcorn movies are those blockbusters that usually show up around the vacation season. They only have to be good enough to enjoy with some popcorn while killing some time. The problem is that popcorn movies now dominate all year round and have squeezed out other movies. Insofar as cinemas have been standardized into multiplex shopping centers, films have also been levelled down into popcorn movies.
Such a situation is not confined to Korea. Although there are exceptions, many critically acclaimed films receive a cold shoulder in cinemas all over the world. Some movie marketers think that being given an award at a film festival hinders their efforts.
The problem really lies with movie-goers. As long as there exists an audience that demands and consumes popcorn movies, they will exist. The Korean movie industry, although it rapidly developed a high quality product, failed to diversify to find a broader audience. Now it is facing a big challenge.