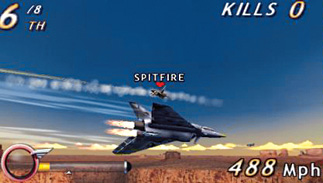 Modified Air Combat Heroes or M.A.C.H. is a game for anyone who wants to enjoy high-speed, adrenaline pumping aerial combat.
The fighter jets the players control race through obstacles and dodge missiles. This is a far bette game than, for example, the usual car racing games. Yes, M.A.C.H. is a race game with ranks and laps but it also allows player to attack their opponents.
The game offer numerous racing tracks, so it would be difficult to get bored.
However, the best feature of this game is its speed. The high velocity movement is an entirely new experience, particularly when flying under bridges, over water and through tunnels. Slight contact with obstacles will not kill the player unless the jet crashes directly into an object.
The aerial spin, which is necessary for dodging missiles, only adds to the fun of the game. The graphics are breathtaking and state of the art.
There are also other power-up features, including laying mines, turning temporarily invisible or adding stronger and faster boosters. Players can also customize their fighter jets with different weapons or boosters.
The drawback of this game is that it does not have any online counterpart. However, multiplayer is available so competing against as many as eight competitors is possible. Additionally, despite the blood-pumping exchanges of fire, being a race game it does have a repetitive factor that can be boring.
However, M.A.C.H. is one of the most addictive race/shooting games available. 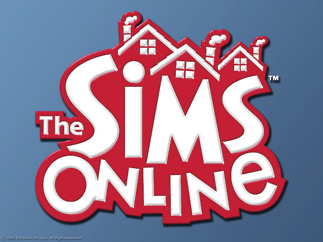 Sims Online has been in service since 2002, but unlike other multiplayer online games, updates have not really helped improve the game’s success.
For starters, the biggest flaw is that there are hardly any people playing online. Sometimes there are less than ten people logged on in an entire region. This leaves one with very little options, because most of the tasks require multiple players in order to advance. For instance, one’s Sim must have some social interaction with other live Sims.
The time one must spend doing repetitive tasks also gets tedious. The “skills” require hours and hours of looking at a Sim doing the same thing. The dullness of this feature is even worse than the mindless monster hacking required for moving up a level on Lineage or World of Warcraft.
The building features have improved compared to the initial service, but are not as intricate as the original Sims game. You would think that, after four years, the game publisher would include more features from the original game, especially since it’s not as if much new technology has to be developed in the interim.
Because of the repetitiveness and lack of actual players online, it is no surprise that the bulk of people playing online these days are those who had fun with the game in the past. Also, many users are homemakers in relatively rural regions of the United States, who keep the game running while doing other household chores. Electronics Arts should develop a new game for American housewives because clearly this one is turning them into zombies.

The Sims Online
Genre: Simulation
Platform: PC
Publisher: EA
Rating: ★★: Rent it, borrow it, but don't add it to your collection.