Growing out of success?

Growing out of success? 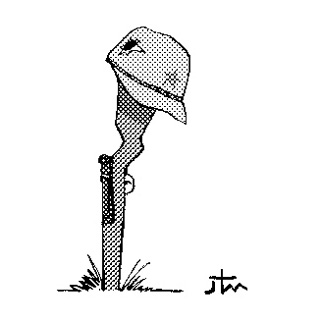 In Japan, people often use the word “post-war.”
The division of the 20th century by the year 1945, when World War II ended, is a worldwide phenomenon. However, in Japan, “post-war” signifies a revolution in social regulations, values and political systems. Imperial subjects became citizens of a democratic country, gaining the right to vote.
For many Japanese, the word post-war means success.
It was during this so-called “age of success” that Japan found prosperity as the number two ranking economy in the world, after World War II left the country in ashes after the nuclear bombings.
The key to Japan’s success was, of course, the lightly-armed, economy first mantra that the country maintained after the war.
Since the country was devastated because of its wrongful policy of militarism, the Japanese worked very hard to rebuild their nation and economy.
However, the country even now shows an allergic response to any sign of facing another war or any traces that remind people of the war in the past.
Most of the people who think this way experienced the tragedy of World War II or were born during the war and lived a poor life during the war days. The people have accepted peace and prosperity as the number one value on earth after comparing their lives before and after the war.
There are also those who oppose the “post-war” line. They argue that the country must increase its national power and national status by freeing itself from economy-centered thinking. Some think that peace may be gained by growing the national power, not just by words. These people wish to amend the peace constitution that forbids an army. These people are conservative, strongly nationalistic, and typically younger. The slogan of Shinzo Abe, the post-war generation’s first prime minster, is “growing out of the post-war system.” However, those who believe that post-war is success still question this thought.
Prime Minister Abe is taking his first moves to grow out of the post-war system. The national referendum law, which is the first step toward a constitutional amendment, is likely to pass the House of Councilors.
A constitutional amendment will be possible three years after that. Abe also plans to make the constitution amendment an issue in the election campaign. Although it is a bold breakthrough, no one can predict the results. Abe’s adventure is in line with the Japanese evaluating the post-war period themselves.