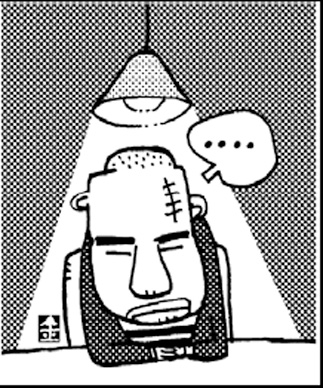 In game theory, the prisoner’s dilemma is a situation in which the police arrest and interrogate two accomplices who have committed a crime; both prisoners beat the rap if they adamantly deny any wrongdoing. However, if one prisoner confesses to the crime, he or she is released, while the other is punished. If both confess, they are handed lighter sentences. Considering these options, what would be the wisest choice for each prisoner?
The ideal situation would be for both to deny the crime and go free; however, if one prisoner betrays the other, the best move for the other prisoner is also betrayal, as a lesser sentence is rendered. They select mutual ruin instead of mutual prosperity because players opt to avoid receiving the full punishment; however, their decisions are based on mistrust.
Players try to maximize their personal benefit and that results in grief for all.
The two presidential candidates from the Grand National Party are engulfed in a prisoner’s dilemma regarding the primary rules.
They both know that cooperating and agreeing to fair primary rules is the best election strategy because the chances of the Grand National Party candidate winning the presidential election is high. This would be the logical choice for the good of the party, helping to ensure that at least one GNP candidate becomes president.
However, if one side compromises and concedes to primary rules beneficial to the other candidate, they may lose a once-in-a-lifetime opportunity to compete for the presidency.
As a result, both candidates are so far refusing to budge or make any kind of compromise.
If the other candidate blinks, power is at hand; and if not, they can leave the game and run independently, which would be better than missing the opportunity to run for the presidency at all.
It is difficult for both sides to remain immobile in this confrontational framework ― the possibility of the party splitting increases.
The problem is that by leaving the game and running independently, the chances of winning are drastically diminished.
By fighting instead of walking down a path of mutual prosperity, they choose the route of mutual ruin. Agreeing to accept arbitration over the primary rules dilemma by an authoritative third party is one way to go, or the winner could offer an incentive package to the loser. These are ways out of the prisoner’s dilemma, but it is hard to shrug off temptation with the presidency seemingly at one’s fingertips.