[Talk of the town]Fake rocks

[Talk of the town]Fake rocks 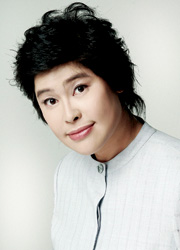 A TV show, a fake diamond ring and a desire to build audience ratings almost destroyed the 10-year friendship between comedienne Lee Young-ja and Lee So-ra, a former supermodel.
The two are widely known as best friends. The comedienne caused the problem during the television show “Sunday, Sunday Night” earlier this month.
In a segment in which celebrities invite connoisseurs to their houses to appraise their valuables, the comedienne showed off a diamond ring which she claimed was a gift from the former model, but the ring turned out to be a fake. The comedienne looked shocked and said, “This is embarrassing.” After the show faithful viewers began to attack Lee So-ra. The comedienne was then forced to post an apology online, saying she had exaggerated about the ring to make the show seem more exciting. She sought an apology from her friend, saying, “It was not a gift. I almost snatched it from her.” In other words, she had lied about the status of the ring and how she came to have it in her possession. The model said she accepts the comedienne’s apology.
This is not the first time the comedienne has been caught in a lie. She made news in the 1990s after hiding the fact that she had undergone liposuction. Her fans ostracized her and, after years in the wilderness, she finally won two jobs with major TV networks. In blog comments her fans said they hope she will not tell any more lies from now on.