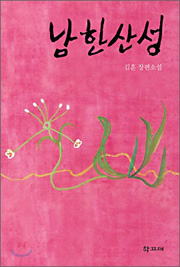 In the winter of 1636, Injo, the king of the Joseon Dynasty, sought refuge in the Namhan Fortress after an invasion by the emperor of the Qing Dynasty and his 100,000 troops.
“Namhan Fortress” by Kim Hoon documents the forty-seven days he spent at the fortress with his army and officials. It is considered a tragic moment in Korean history. The book is a compelling account of the shame and agony experienced by Injo and his men. Kim uses the event to highlight Korea’s repeated history of invasion and defeat. He says that now, like then, “life is days of enduring disgrace.”
The book examines the struggles and conflicts within the fortress.
The phrase, “Do you want to be beautiful in death or live with shame and ugliness” is a classic line from the book, which the author uses to describe the pain and failed dreams of the intellectuals who shared the king’s fate but who have been neglected in most accounts of the Namhan siege.
The book looks at the fate that confronted the nation in 1636 and the clashes among the ideological cliques in the fortress that eventually led the country into the hands of an enemy. By Park Soo-mee