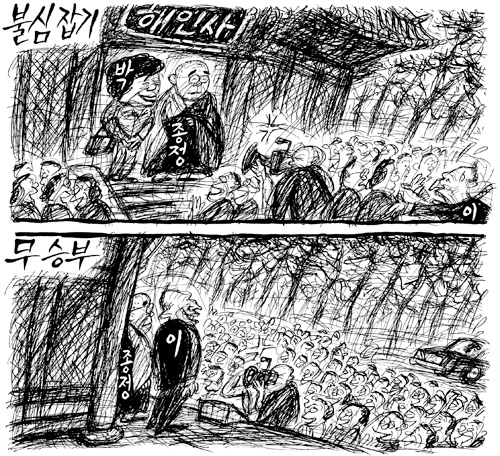 The competition to win votes from Buddhists during celebrations of Buddha’s Birthday is on as Park Geun-hye takes a photo with Beopjeon, the supreme patriach of the Jogye Order of Korean Buddhism, at Haein Temple in South Gyeongsang Province. Lee Myung-bak arrives later at the temple and also gets a photo taken with the Venerable Beopjeon. By Kim Sang-taek