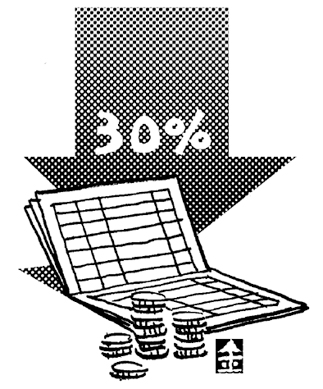 Nirvana is a Buddhist Sanskrit word which means the extinction of the perpetual transmigration of souls.
It is a peaceful state, where the end of secular thoughts and burgeoning desires is achieved through wisdom. The ideal state of rest is achieved amid this tranquility. Buddhism calls it the perfect state of bliss and truth, liberated from earthly desires and obsessions. It might be unrealistic for humans in the secular world to set Nirvana as a goal in life, considering that adherent followers of Buddhism devote their entire lives to trying to reach this state. For that reason, Buddhist leaders to avoid pressuring Buddhist laymen to strive for Nirvana. Instead, they stress engaging in bodhisattva acts.
Although it is unreasonable for government policies regarding the complicated realities of life to pursue this ideal state, it appears that governments are bent on applying the desire for Nirvana to the real world.
The strict discipline of the Middle Ages and the Volstead Act in the United States during the early 20th century are prime examples. Ideal moral standards were set as policies and enforced. The same is true for our “Special Act on Prostitution,” which assumes human beings can be saints, punishing feeble-minded people who can not control their sexual desires. American economist Harold Demsetz coined this “Nirvana approach” in his 1967 thesis; it is an approach in which the government enters the market with regulations and punishments to fix an unstable real-world situation that falls short of a theoretical ideal that cannot be realized. (From “Economic Sketch” by Kim Yeonguk.)
The Nirvana approach is doomed to failure from the beginning because it is based on the premise that human beings can be saints. The real world does not change by regulating, policing and punishing behavior that falls short of an idealized moral standard; only detrimental side-effects accrue, as pointed out by the “Nirvana fallacy.”
The government has announced it will decrease the annual interest-rate cap from 36 percent to 30 percent in the recently resurrected interest rate law. To coincide with this drop, they intend to decrease the maximum annual interest rate from the money lender act to 56 percent from 66 percent. They aim to make it easier for the regular people to borrow money. This is a typical Nirvana approach. If they are truly dreaming of a Nirvana state, they should eliminate interest altogether. The burdens of everyday people are not alleviated by making 30 percent interest legal and 31 percent illegal. It only makes borrowing money much more difficult for them.