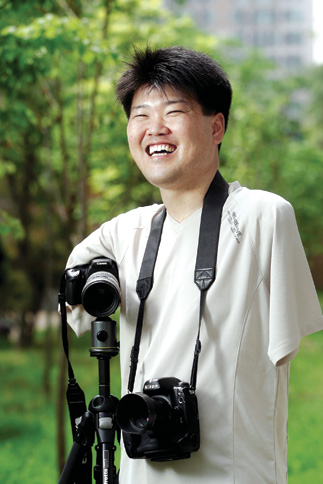 Jeong Gwang-kuk with his digital SLR cameras. By Jeong Chi-ho

Jeong Gwang-kuk is the creator of an online community for photographers, called www.400dclub.com. He maintains the site by using his right foot to control the mouse while typing with a chopstick that he holds between his teeth. Jeong lost both his arms in an accident nearly 10 years ago.
The 35-year-old amateur photographer said he now spends most of his time roaming around with his digital camera. For somebody with such a severe disability Jeong is incredible active.
“I rarely stay at home for more than 10 days in a row,” he said. “But I’ve been feeling exhausted and it was clear I needed a break.”
Jeong remembers that the day of his accident was just like many others. He was simply doing his job, in sweltering August heat, on an afternoon in1998.
“I was an electrician working for Korea Electric Power Corp, in Jinju, South Gyeongsang,” Jeong said. “We were working on an electric pole. It was a hot day and we had ice cream after lunch. I thought my foreman had given me the okay to work on an electric transformer.”
The accident happened in a blink of an eye. Jeong suddenly had more than 20,000 watts of electricity flowing through his body.
“I blacked out and the next thing I remember, a doctor was cutting my arms so the arteries would not explode.” Jeong said everything seemed as though it was a dream. “When I regained consciousness again I was being transferred to a hospital in Seoul. The first feeling I had was an overwhelming thirst. I thought I drank just a cup of water, but later people told me I guzzled down nearly two liters of water.” 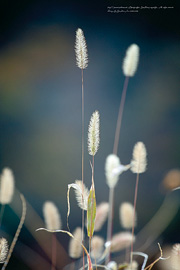 A week after the incident his doctor told him that his right arm had to be cut off.
“It was dried up like that of a mummy,” Jeong said.
His main concern when he heard the news was that he wanted to save his other arm. However, shortly after, the left arm had to be amputated as well. Jeong recalls few emotions for the first five months after the accident.
“The pain from the amputation was so severe that all I wanted was for the torment to be over,” he said.
Jeong wasn’t worried about how he would make a living. He was financially secure because of his accident insurance and pension. The loss of his arms also felt like a problem he could deal with. 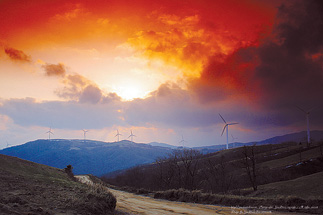 “I am an optimistic person. A person’s perspective determines how they see a situation.”
After leaving hospital, Jeong became interested in computers. He started working with an illustrator program. He drew a sports car, which took him three days. “I had cramps in my foot from drawing the car,” Jeong said. He also picked up a photoshop program, which helped him to enhance his photos. And he spent a lot of time in online chat rooms, where he met his wife, who is now the mother of Jeong’s six-year-old son.
Although he did not need money, he needed something to occupy his time. Jeong tried various jobs related to computers, including Web site design.
“Before the accident, I would often complain about my job, like any other person,” he said. “But after the accident I realized it is much better to work than do nothing. Lolling around the apartment is a depressing way to spend the day.”
The first time he picked up a digital SLR camera was in 2004.
“I had a compact digital camera at the time, but it would not produce the images of my son that I wanted,” Jeong said. “I wanted better pictures.”
Jeong first used his friend’s Canon 300D. “Soon after using my friend’s camera, I realized I needed to get my own digital SLR and rework my skills,” he said.
Jeong purchased a Canon 350D SLR. His skills developed quickly, because he had all day to practice. The creator of a 350D online community asked Jeong if he could teach beginners via the Internet. Jeong was worried that the teaching would be too much of a burden, but he felt compelled to take on the project because it is in his nature to help others. His commitment grew and, in September 2006, Jeong launched his own community. 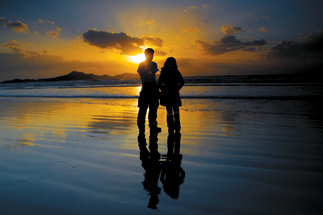 “When I first began there were not many people,” Jeong confessed. “The first offline meeting was attended by just eight members.”
Then came an explosion of interest in digital photography. The people coming to his offline lectures multiplied and today he has about 18,700 people registered on his Web site.
So how does this young man manage to take such breathtaking pictures, despite the fact that he has no fingers to set up his cameras? First, he never works alone. He always travels with members of his community.
“I would always draw a picture in my head of how I wanted to take the photograph,” he said. “Then I wait until other members of the party finish their own work. Then I tell them how to set the camera for me and when to take the shot.”
Jeong said a lot of people in his community want to work with him. 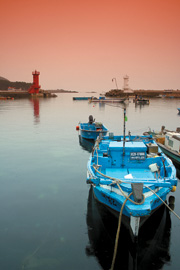 “People try to learn how I look through the view finder,” Jeong said. “These days every amateur photographer wants to be like a professional. What we should really do is to simply enjoy taking pictures as a hobby.”
Jeong said taking pictures has changed his life. “A handicapped person often spends most of his time at home, and can’t meet other people,” Jeong said. “Through the camera, I meet people and I travel to places with people. The camera helps me participate in an organization, a community.
“A lot of people who take up photography as a hobby often quit because they grow tired of it,” Jeong said. “But in my case that could never happen.”
Despite his condition, Jeong has never regretted the day he lost his arms.
“If it weren’t for the accident I would have never known the life of a photographer. I would have been too busy working on power lines.”