Masters of their domains

Masters of their domains 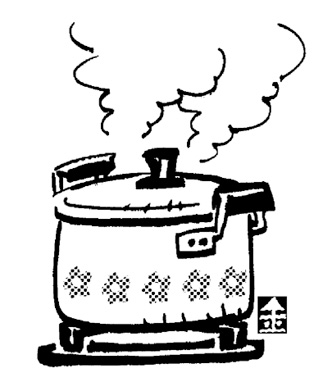 When American homemakers confront homemaking issues they cannot resolve on their own, they turn to Martha Stewart, the diva of domesticity. Martha Stewart was born to working-class Polish-American parents and started a successful catering business in her early 30s after mastering the domestic skills she inherited from her parents. She became a billionaire by turning her homemaking skill (including interior decorating and gardening, among others) into a sprawling merchandising empire. Time Magazine wrote: “Martha Stewart cooks, knits and paints the American life.” Although her career was slightly tarnished when jailed for insider trading and other crimes in 2002, she is still, at age 66, one of the most powerful women in the world.
She added life and joy to homemaking tasks ― activities often ignored in GNP calculations ― and raised the stature of the homemaker to an artistic and professional level. Her impact has been so profound that people refer to a feel-good moment as a “Martha moment.”
Su-yeon, who is in her mid-30s and the mother of a 5-year old daughter, considers herself a professional homemaker in the spirit of Martha Stewart. She is not paid a salary, but homemaking is a job for her; she unequivocally punches in and out of work at designated times agreed upon by her family, and outside of working hours, she rests or takes time for herself. She also gets vacation time. Su-yeon remarks, “I committed myself to homemaking because I chose the profession that best suited me.” Once, in her college days, a male classmate stormed out of her women’s studies class, saying, “How can the noble sacrifices of mothers be exchanged for money!” Recently a Korean brokerage firm calculated those “noble sacrifices” to be worth about $27,000 a year. Earlier this month, an American Internet site calculated “Mom’s salary” to be $140,000 a year, which caused a commotion. Considering even babysitters make $1,615 a month, some suggested the firm underevaluated the strength of our mothers.
Among 10 criteria used to evaluate American homemakers, Korean mothers perform well as the “CEO” of the family. Is there another country in the world where mothers have to make tough decisions that rival the ones made by CEOs? They must save money to buy a home, be financially savvy and lock horns in the dog-eat-dog world of private education. In addition, they have to lay down their lives to participate in an elementary school fire drill. Even Martha Stewart, the diva of domesticity, would be jaw-droppingly astoundedby the professionalism of Korean homemakers.