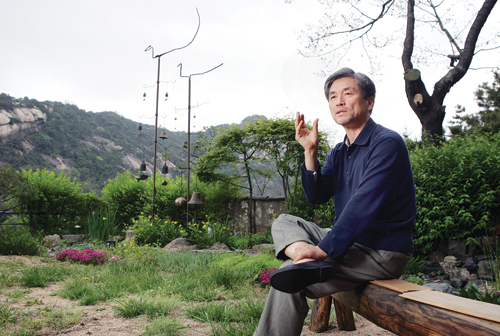 Jang Sa-ik at home in his garden. He is about to embark on a concert tour of the United States. By Lee Chan-won