[Talk of the town]KO SUES USERS

[Talk of the town]KO SUES USERS 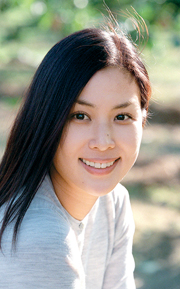 Actress Ko So-young has sued 35 Internet users and bloggers for libel, and is in the process of suing 102 more. They will face charges for circulating untrue gossip about the actress.
“For years, a number of Internet users, including those whom we sued, have posted false rumors about celebrity figures on personal blogs and Web sites,” said DeRyook, the law firm representing Ko on the libel cases.
“I was shocked and flooded with a sense of shame upon seeing some of the rumors that have been going around about me,” said Ko regarding the case. “As a celebrity, I understand that I am open to the public and people may gossip about my personal life to some degree. However, I felt it has gone too far. Instead of suing people individually, I initially asked some of the portal Web sites to delete the articles. However, the rumors did not stop,” she said. “With the widespread use of the Internet, more people are hiding behind its anonymity to formulate spiteful rumors. Such irresponsible behavior should be rooted out. This is no longer about freedom of speech.”
Ko and her representatives gathered the IP addresses of those responsible for circulating false rumors. Her legal representatives are working on the lawsuit, and have announced that Ko has no intention of dropping the charges. “I hope this case will not only solve my personal problems, but also help set a better ‘cyber etiquette’ in our society,” Ko said in an interview.