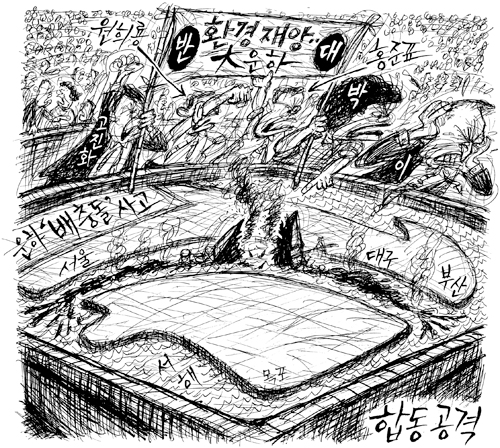 In a lively televised debate, four Grand National Party candidates ― Park Geun-hye, Go Jin-wha, Won Hee-ryong and Hong Joon-pyo ― all attack the canal project of the fifth candidate, Lee Myung-bak, saying it would be an environmental disaster for Korea. By Kim Sang-taek