It doesn’t get any better

It doesn’t get any better 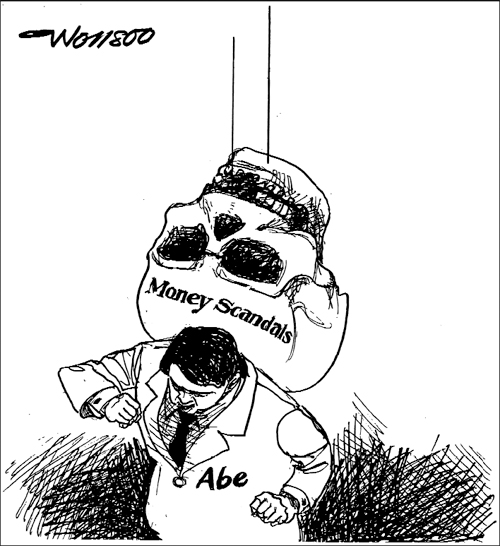 The book “Gomun-gwanji” was written during the time of the Ching Dynasty. The book is a selection of great Chinese classical writings. The articles in the book have a variety of subjects and themes.
Writings of different styles reveal individual writers’ unique personalities, which makes the reading very enjoyable.
Even the title is interesting.
The first part is easy. “Gomun” means ancient writings. But what does “gwanji” mean?
Literally, it means “to stop watching.” Thus, the title can be roughly translated to mean “there is nothing that is more worth watching than this.”
During the Spring and Autumn Period, a Chinese era between 8 B.C. and 5 B.C., a master Confucian of the Wu kingdom visited the Lu kingdom.
He was deeply interested in music and dance and also very knowledgeable about them. He asked the court of the Lu kingdom to play music and dance.
When music and dancing were performed in the courtyard, the master of good taste screamed, “I’m done! I’m done with watching. I don’t need any more music.”
He made the exclamation because he had witnessed ultimate perfection.
This Chinese expression “I’m done with watching” is used when there is nothing better and when one was elevated to an ideal and graceful level. That is the ultimate compliment.
But this expression is used in bad cases as well.
These days, the Chinese use this expression at the end of a word that means “an awful sentence” or at the end of another word meaning “crap.”
In Korea, the president’s remarks and persistence depress the people. His view on the media is the worst.
He is obsessed with his ideologies and the very bad memories of a few reporters he has accidentally come across.
This formed his distorted view of the media. He ignored the traditional relationship between the media and power. He does not even hesitate to say, “I can shut down all press rooms.”
It is appalling that the president creates enmity and conflict in society.
He is obsessed with his ideologies, he is very persistent and he uses very inappropriate words that lack dignity. These have gone too far, to the extent where we want to stop watching.
These days, I wish that we had a president who took criticism well and listened to other people.