Freedom of the press

Freedom of the press 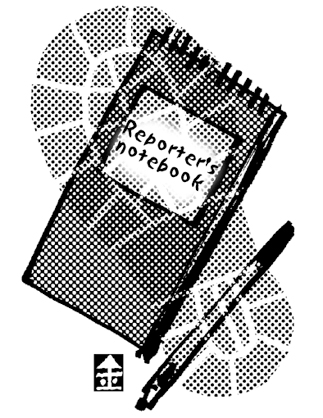 Kim Won-ki, the former speaker of the National Assembly, and the Uri Party’s standing advisor, Chyung Dai-chul, are the elderly leaders of the incumbent ruling camp. At the end of last year, they asked Lee Byung-wan, who was at the time the Blue House chief of staff, to join them at a downtown hotel. Harsh words were exchanged, as they criticized the way President Roh was running the country, exclaiming, “Does he plan on ruling like a dictator?”
They met with President Roh a short time after, and the president seemed oblivious to the earlier meeting. The two men deplored the fact that the “Blue House chief of staff had covered up and failed to relay their message to the president.” Those in power dislike hearing criticism, which weakens the courage of the messenger.
Napoleon systematically muffled the press. He reduced the established newspapers to four, and allowed only one regional newspaper for each province. Hitler shut down 180 left-wing newspapers, and he burned all liberal books and magazines.
Former President Chun Doo-hwan followed in their grisly footsteps, merging and dissolving press and media companies. The government gained control of all television broadcasting stations by taking control of the Tongyang Broadcasting Company.
Venezuelan President Hugo Chavez shut down a private television station that was critical of him and made it a government-run station. Legally, Chavez was authorized not to renew the broadcast license for the station.
Following democratization, the suppression of the media has become diabolical, rearing its ugly head in the form of audits that feign legality, lawsuits, government-run public service announcements, financial backing of pro-government media outlets, the shutting down of press rooms and blocking access for reporters.
A few days ago, our country’s Truth and Reconciliation Commission stated that the Jeongsu Scholarship Foundation was given to the state under coercion and ordered its return to surviving family members. The foundation has stock in the Busan Ilbo and MBC. The former chairperson of the Grand National Party, Park Geun-hye, served as its director for 10 years. This act of coercion was perpetrated in the past by an authoritarian government, which was less crafty than Chavez’s.
To maintain consistency, what should they do about the Tongyang Broadcasting Company and the Dong-A Broadcasting System, which were taken away during the Chun Doo-hwan era? One cannot help but suspect that their political motivations are self-serving and opportunistic.