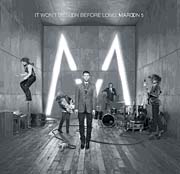 There is no sophomore slump with Maroon 5. “Makes Me Wonder,” the first single from “It Won’t Be Soon Before Long,” is currently No.1 on the Billboard Hot 100, even if the band’s second effort has been called mainstream pop by some critics, it has been embraced by radio and the charts.
The funky beats on “If I Never See Your Face Again,” the opening track, are enough to instantly hook listeners. The same can be said of “Makes Me Wonder,” where Adam Levine’s vocals shine. Levine sounds like Jamiroquai, Justin Timberlake and Prince all rolled into one, and his falsetto gives the soul-inspired rock band an identifiable voice.
Heavily synthesized “Wake Up Call” is a pop track with added grooves by Matt Flynn, the band’s new drummer. Retro ballads like “Won’t Go Home Without You” will appeal to a wide audience, while Levine’s simple soulful delivery on “Infatuation” puts an end to the album.Too poppy I don’t think so. The record is sharply crafted and gets better with each listen.
By Choi Hae-won 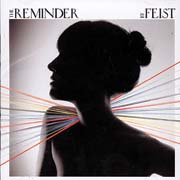 Listening to Feist’s latest album, “The Reminder” is like taking a hot bubble bath after a long day ― relaxing and soothing. Just like her previous albums, “The Reminder” is a blend of bossa nova, jazz, rock and folk. This Canadian singer/songwriter wrote most of the songs while on the road, and they reflect her personal experiences.
The album opens with “So Sorry,” a track that matches a bossa nova beat to Feist’s jazzy, charismatic delivery. “I Feel It All” is one of the more upbeat cuts, and “One Two Three Four” is a breezy, buoyant blues song that captures Feist’s easy-going vocals. Feist sings almost effortlessly on ballads like “The Water” and “The Park” but still has an emotional hold on the listener. The album reaches its peak with “Sea Lion Woman,” Feist’s reinterpretation of Nina Simone’s “Sea Line Woman.” Handclaps, guitar and drums are topped with Feist’s impeccable delivery to create a hypnotic track. Lie back and soak in it. By Choi Hae-won 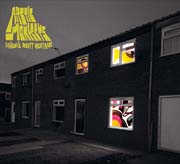 
English indie-rockers Arctic Monkeys have earned plenty of accolades ― “Best New Act” at the 2005 Muso Awards; “Best British Breakthrough Act” at the 2006 BRIT Awards; “Best British Group” at the for 2007 BRIT Awards; and “Best New International Artist” at the for Oye Awards ― but hearing their second studio album, “Favourite Worst Nightmare,” you wonder what all this “best” is really about.
Maybe what Arctic Monkeys are best at is producing very fast and very loud music, creating almost a state of sheer cacophony. The band members do not bring any harmony or melody to this noise, and the music keeps changing so quickly it lacks any definite style.
One thing that is interesting about the songs on this album though, is the attempt at some sort of social message through the harsh lyrics, such as “D is for Dangerous:” “The dirty little Herbert was thinking of an escape but the place was well guarded.”
But really. Too loud and too fast. By Lee eun-joo