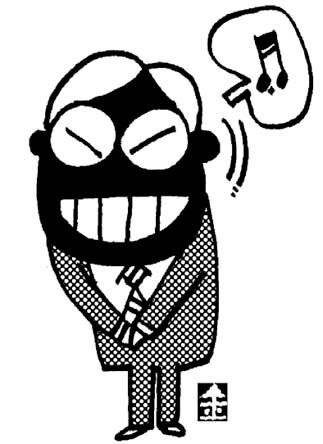 After Yubang established the Han Dynasty, he trusted Xiaohe the most. He was in charge of distributing the war funds and war supplies to the battle line. Those who lost their positions on the front line to Xiaohe were mad.
“How can you give more credit to the person at the back of the line fiddling with documents than to the people who fought in the battle?”
Yubang’s answer was clear.
“The credit you deserve is the credit hunting dogs get for chasing game. Xiaohe’s credit is the credit that goes to humans who unloose the hunting dog’s leash.”
This is written in the book “Records of the Great Historian” by Sima Qian. This story is famous as a perfect model for distributing honors. It is like a soccer team that survives when fans cheer on players who set up the scoring goal, not just the player who scored.
However, the distribution of honors in Eastern society is quite the opposite, for the person who has scored will be likely chosen by personnel management officers. Not every leader can be a hero like Yubang.
Let’s say the leader was not able to manage personnel like Yubang and made appointments through favoritism. However, there is one golden rule he must cling to. Whenever he plans to discard a card, if he chooses the right card to discard, he can avoid great difficulty.
This is not just applied in card games, but also in choosing personnel. If he misses the chance to let go of a person, even though he felt he has chosen the wrong one, a larger disaster might await him. However, it is not easy to have good judgment and actions. The reason people remember the saying, “Discard a person to achieve a larger goal,” is because it is hard to actualize this saying.
Regarding the issue of a politician committing suicide due to a political funds scandal, this is what people are talking about. Although the person who killed himself might have wanted to lessen the burden of the leader who chose him, the situation is not going that way.
It is not a time to talk about others. Look at Korea’s current power and authority. There is not much difference. Some are accused of debasing the sayuksin, the six martyrs, for comparing themselves to the six martyrs. It is a question of how many people are out there who work silently in their positions, or if there are any at all. Although they say discarding people they want to use and keeping the people who are useful is a basic tenet of personnel management, it is not that easy. We learn from bad teachers. Once more, that it is a hard thing.