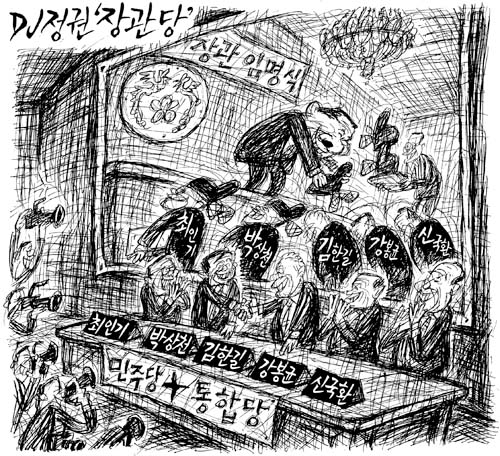 At the ceremony to announce the merger of their parties, former ministers under President Kim Dae-jung ― Choi In-kee, Park Sang-cheon, Kim Han-gill, Kang Bong-kyun and Shin Kook-hwan ― greet each other. The cartoonist Kim Sang-taek calls the new party the DJ’s ministers’ party.
By Kim Sang-taek