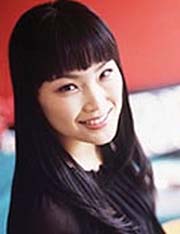 Park Jae-eun, a food stylist, caused a stir last week, but not in connection to food. Park is also the older sister of the pop singer, Park Jae-sang, better known as Psy. Recently, Psy has been grilled regarding speculation about his military service, which is mandatory for most Korean men. Psy is under fire because some allege that he dodged his service to pursue his singing career. Prosecutors summoned him for investigation on Monday. Psy worked at a computer-related company as an alternate to military service and some say he offered bribes to get the placement.
Psy’s sister wrote on her private online Web site that her brother is innocent. “My little brother has always been responsible, yet he is being trampled by irresponsible statements made by other people,” she wrote. “Everybody speaks ill of him behind his back, although he did nothing wrong to get the placement at the computer company.” She titled her article, “Scary Country.”
Her writings became known to the general public via an Internet portal site, and some said that Park Jae-eun’s article caused them grave concern.
Over 1,500 Internet users left postings and some of them were far from pleasing, as people attacked her and her brother.
In the end, she decided to delete her posting, after consultation with her brother’s agency. Then she uploaded another article on the Web site, which read, “It was just a private thought, which I wanted to share with my friends.”