The face of ugliness

The face of ugliness 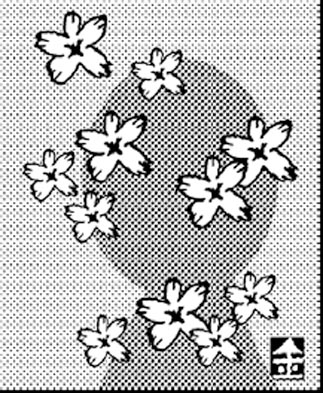 Of the pre-eminent poets of the Tang dynasty, the name Choi Ho shines out. But Choi is rather peculiar compared with other poets, who normally left a vast amount of writing, since his poems left to us are only six. Nevertheless he engraved his name on the list of Tang’s renowned poets with a magnum opus. It is the song he sang as he strolled the southern suburb of then capital city Chang-an on a fine spring day: Last year when I entered this door / the face within was imbued red with plum flowers/ the face is now gone somewhere I know not/ plum flowers smile in vain wafting in the spring wind.
The story goes like this: In the spring of the year before he wrote this poem, Choi, having set out on a stroll, entered the garden of an obscure house as he wandered along in the woods. A charming lady handed water to the thirsty young wanderer.
The lady’s face, flushed like a plum flower, must have attracted the young poet. Unwilling to forget the lady, Choi Ho called again the following year. However, the person had disappeared without any clue, leaving behind only the plum flowers. People have added to this sad story, saying that Choi finally met the lady, consummated their relationship and became the head of Guang-dong province. This is what they call a happy ending.
But how the story ends is not really important. The essence of the poem is the expression on a beautiful woman’s face.
Such a beautiful, greatly resounding expression is rarely found, made possible by a little bit of romance between a young man and woman. The value of the poem survives for that reason.
Why should we care about faces? It is because the faces that decorate the news in Korea are greatly different from the face envisioned here. The face of the president practically filled the newspapers and TV throughout the week.
On top of his reckless style of speech, the president’s self-satisfied face is as it always is, showing little regard for what people think.
The opposition party jumped into a caustic fight in the name of censorship over the qualification of presidential candidates. Perhaps the process may be indispensable to the election, but the faces of both election camps are hideous.
What would the faces of more than a thousand people who participated in an auction to buy sex from a middle school girl look like, regardless of her plea that she had been kidnapped? I cannot grieve more, for it seems the faces of Korea are afflicted from top to bottom.