Quest for freedom had friends in religious places

Quest for freedom had friends in religious places 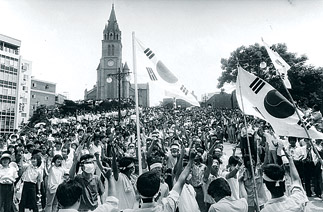 Democracy movement demonstration in Seoul during the 1980s.

Marion Kim will never forget the day in the 1980s when she saw a young Korean man jump from the seventh floor of the Christian Building in Seoul. His suicide was a protest against the Chun Doo Hwan military regime. The man, Kim Ui-gi, hit the ground between two tanks parked in front of the building and died instantly. Sadly, he was not the only young activist to die while protesting against the military regimes.
Korean activists were not alone in their battle for democracy. There were expatriates like Kim who supported their demonstrations, shared information and spread the word about the regime’s bad acts to the international community. Together with fellow missionaries and expatriates, Kim was a member of the Monday Night Group, which supported the democratization of Korea. Organized religion was a good platform for protest against the military regimes, Kim says, because the military regimes could not accuse religious groups of being communist.
“The atmosphere was sad and always serious. Some people would cry,” Ms. Kim recalls, looking back on the group’s meetings. At the same time, she remembers that members occasionally exchanged jokes that lampooned the “actors of the theater-of-the-absurd” within the military regimes. In order to evade eavesdropping by the police, the meetings were conducted with radios on loud and the meeting place was rotated between the houses of the different members.
Kim is humble about her role. She says she operated “on the sidelines” of the movement, yet the dedication shown by Kim and her fellow Monday Night Group members is remembered by Korean activists. To commemorate the 20th anniversary of the June Movement, the Korea Democracy Foundation has published “More Than Witnesses ― How a Small Group of Missionaries Aided Korea’s Democratic Revolution” in Korean and English. The book is a collection of memoirs by 14 Monday Night Group members, including Kim.

Now 62, Kim was a 21-year-old newlywed from Columbus, Ohio, when she first set foot on Korean soil in the summer of 1969, after marrying Kim Yong-bock. a Korean minister. The couple met at a community service center set up to support low-income people. Marion’s future husband was a student from Princeton University taking a seminary course in Ohio. While involved in community work they fell in love and decided to marry.
“I knew nothing [about the struggles for democratization of Korea] before I met my husband,” Kim says. “I was very naive, but I trusted my husband.”
From the moment she arrived in Seoul, life was never boring. Her husband had told her stories about how Christian communities were playing a key role in democratization movement. When Kim arrived in Korea, President Park Chung Hee was in power, having taken control of the country during a coup in 1961. He remains an intensely controversial figure, condemned for the political repression of his dictatorship and credited with a key contribution to Korea’s rapid economic growth. 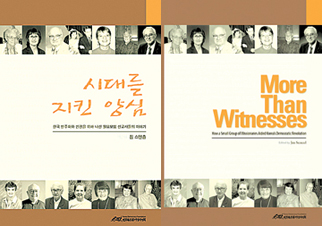 Kim had many things to learn when she arrived in Korea, from how to catch the right bus home to speaking the language and getting used to a situation in which freedom of speech was not allowed. As time went by, she also learned how to minimize the effects of teargas by using a wet cloth covered with toothpaste. Tear gas and demonstrations were a constant part of Kim’s life back then.
Since 1978 Kim has been permanently based in Seoul and has worked for the National Council of Churches in Korea, which was deeply involved in supporting the democratization movement and human rights. Kim helped the Council’s Reverend Kim Kwan-sok prepare English versions of reports and statements regarding torture, unlawful detention, house arrests and other forms of repression against democracy activists. The documents were smuggled out of the country to Christian networks and people interested in the democratization of Korea.
Kim used to smuggle the documents herself. She would hide them among other pieces of paper to evade Korean officials at the airport. Kim would also photograph the documents and then take the rolls of films to the United States. This was how a secret report on human rights, drafted by Kim’s husband and other Monday Night Group member, reached the National Council of Churches in the United States. Kim was overjoyed to hear that the report had been published in the U.S. Congressional Record. The same report was then brought back to Korea by then-Secretary of State Cyrus Vance, who confronted President Park with it prior to President Jimmy Carter’s Korea visit in the summer of 1979.
Park was assassinated by a subordinate in October 1979. Then came what Kim describes as a period of “short-lived freedom,” until December, when another military coup was staged by Chun Doo Hwan. 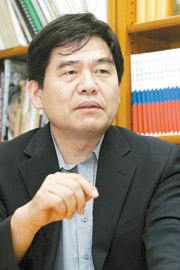 Although Kim has no regrets about her choice of career, she is sad that she had to destroy her chronology of the democratization movement, which she had worked on for years after the onset of the Chun regime. “I had to tear the papers apart with my bare hands,” Kim says, explaining the “feeling of urgency” she had after she heard about the regime’s bloody suppression of a demonstration in Gwangju in May 1980, an event also known as the Gwangju Massacre. “Watching me tearing the documents, my mother-in-law came and helped me burn the papers in the yard,” Kim says. She is sorry to this day that she felt she had to choose between survival and destroying the papers. She had good reason to be scared.
Her husband had been taken into police custody after participating in a demonstration that had been disguised as a wedding to avoid police harassment.
Such “fake weddings,” where activists would gather and utter pro-democracy statements instead of wedding vows, were one way for demonstrators to keep up their protests. “It was a time when people had to be clever and creative in order to demonstrate,” Kim says. Another Monday Night Group member, Faye Moon, says that she used folding fans with messages against the regime. She could hide the messages from the eyes of the police before opening the fans in front of the press and other members of the public.
Moon, who saw her husband imprisoned for being part of the democratization movement, says she “identified with Koreans,” and rallied with them. Her husband is Moon Dong-hwan, the brother of the celebrated democracy activist, Reverend Moon Ik-hwan. Faye Moon says that the demonstrations in June of 1987 were different from those that had taken place before, in the sense that the streets were filled with “ordinary people,” and not just the activists. “It was a time of change,” Moon says.
Kim agrees. “In 1987 I really I thought something would change,” she says.
Things did change, and although Kim was not happy to see another military man, Roh Tae-woo, win the presidency, it was at least an election in which the public were free to vote as they chose. Moon also appreciates the hard-fought battle for democracy in this country. After seeing the respected activist Kim Dae-jung win the presidency, Moon felt that “her heart did not ache any longer” for Korea’s democracy.
The Monday Night Group still exists, but its meeting are rather different today. They group gets together once a month. on Saturdays, without having to worry about police eavesdropping.
Kim can see the passage of time in the agendas for meetings. These days they focus on issues like the environment, which the members “didn't have time to talk about” under the military regimes. “It’s not as exciting as it used to be,” Kim says, and she is glad about that change. Still, the arrival of democracy does not mean that there are no issues left for Kim to tackle. One thing that especially draws the group’s attention is the issue of the migrant workers in Korea. “There are still people having a hard time here,”Kim says. 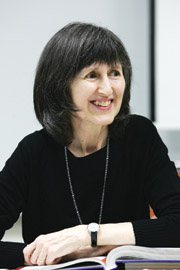 Activist recalls torture, joy and remorse
As a seasoned student activist Kwon Hyoung-taek had been imprisoned twice by June 10, 1987. Yet, to Kwon, the demonstrations that month seemed exceptional. Ordinary people had joined in. Taxi drivers would sound their horns in support. Public anger was bubbling up after decades of military dictatorship.
Kwon's feeling was right. Then-President Chun Doo Hwan, who took power in 1979 with a military coup, gave in and agreed to let the public elect a president.
Torture and terror tactics by the police helped spark the June movement, and Kwon experienced them firsthand in 1985, as a key member of the Alliance of Youth for Democratization Movement. The police tailed him on his honeymoon trip to Mount Seorak and took him to Seoul police station, where they did not let him sleep for days. “We called them torture technicians for a reason,” Kwon says. “They had the talent to inflict pain yet without leaving a trace.”
Kwon still has a stark memory of the anti-torture rallies that took place on June 26, when millions of citizens marched for democracy and against the military regime. Three days later, Roh Tae-woo made the June 29 Declaration, promising a constitutional amendment for direct presidential elections. The public rejoiced at the victory, but Kwon says that he and some other activists were left with strange aftertaste when Roh Tae-woo was elected with 36 percent support. “You can not imagine how disappointed I was. I was lost for words,” Kwon recalls. “No matter how long I had my eyes glued to the TV screen, the top candidate was Roh Tae-woo. I learned a bitter lesson that a historical progress does not happen all at once.”
Kwon is now the director of a project to build a memorial hall for the June Movement.
In a recent survey of some 1,000 college students by the Hankook Ilbo and Global Research, 68 percent said that they did not know that the June Movement took place in 1987. Among this group, 57 percent said that they did not know about the movement for “lack of interest.” Kwon is far from pleased about the survey. “Korea stands at a crossroads 20 years after the June Movement,” he said. “And the presidential election will be critical in determining whether the democracy of this country continues to mature or not.”